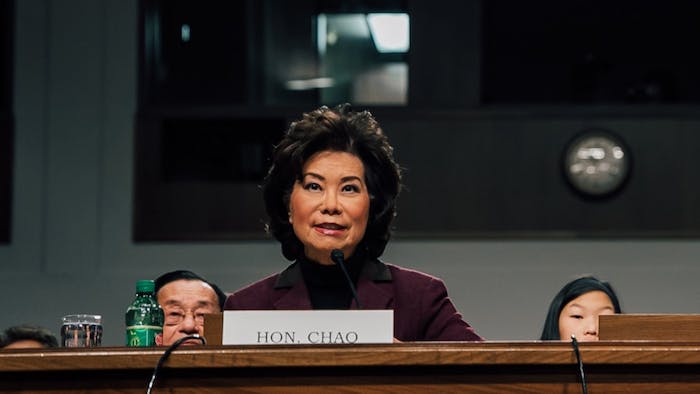 Elaine Chao appears to be the latest of President Trump’s cabinet to face scrutiny over alleged abuses of power as secretary of the Department of Transportation.

Recent news reports contend that Chao has used her position to steer large sums of infrastructure grant money toward her home state of Kentucky, which is represented by her husband, Senate Majority Leader Mitch McConnell. Also alleged is that she organized meetings between U.S. and Chinese officials to benefit a maritime shipping company owned by her family, and that she failed to properly divest holdings in a company that receives U.S. DOT roads contracts.

A U.S. DOT spokesperson told Overdrive the reports are “political hit jobs filled with innuendos that continue to be rejected every time they are recycled.”

The New York Times and Politico have driven the reporting around potential ethical violations by Chao. A government accountability non-profit dubbed Restore Public Trust this month filed a lawsuit seeking access to documents they say should be made public via the Freedom of Information Act.

Those documents pertain to Chao’s requests to bring family members who operate the large maritime shipper Foremost Group to meet with Chinese government officials alongside those from the State Department, among other actions that seemingly bolster her family’s shipping business.

That would present a major conflict of interest for Chao, who is the government’s chief regulator in overseeing the maritime industry. In an article published by The New York Times last week, the DOT denied the links between Chao’s requests and her family’s business dealings. A DOT spokesperson told Overdrive that The Times article “demonstrates deep misunderstanding of the work of Department of Transportation and the U. S. maritime industry. Important context is intentionally missing and it implies conflicts of interest where none exist.”

You can read the full story on The New York Times at this link.

Politico has reported that Chao has staff members dedicated to directing grant money – to the tune of $78 million, so far – to infrastructure projects in Kentucky. Politico reports that Chao’s arrangement of having a dedicated liaison to Kentucky “gave a special advantage to projects that favored her husband, which could in turn benefit his political interests.” McConnell has sold himself as a senator who “has long touted his ability to bring federal resources to his state,” Politico reports.

Reports in late May indicated that, despite pledging to divest from companies with transportation ties before taking the reins of the DOT, Chao remains vested in Vulcan Materials, an Alabama-based company that provides aggregate materials for roads projects and that competes for DOT contracts. According to The Wall Street Journal, the value of her Vulcan stock has climbed 13 percent since April  2018, netting her $40,000 in profit. 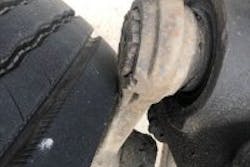 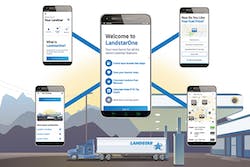 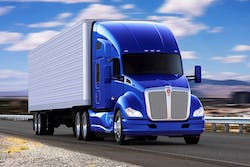 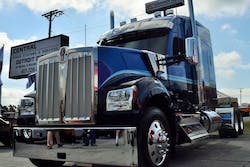