The group of 31 associations penned a letter to Congress on Monday urging them to reject the four bills as they work on the next highway funding bill.

“Unlike our coalition partners, supporters of these mandates know virtually nothing about trucking,” said Todd Spencer, president and CEO of OOIDA. “The unfortunate reality is these mandates would likely decrease safety, not improve it, while imposing astronomically high costs on a wide variety of industries. That’s the point we’re conveying to Congress.”

The letter states the four bills “would impose tens of billions of dollars in unfunded mandates on American businesses engaged in trucking” and adds that they would “mandate extremely costly and excessively burdensome one-size-fits-all requirements.” The coalition goes into detail about the problems it sees with each of the proposed mandates.

The group says certain trailers, specifically lowboys and car haulers, can’t be fitted with side or rear underride guards. Additionally, they note that no front underride equipment is currently on the market “because the concept lacks any practicality.” Finally, the coalition expresses concern over side underride guards strong enough to achieve the wanted safety value would add weight and take away from load capacity.

“Decades of highway research shows speed differentials result in more interactions between truck drivers and other road users,” the letter states. “Studies have consistently demonstrated that increasing interactions between vehicles directly increases the likelihood of crashes.”

The group also notes that AEB technology is still relatively new and “can create new challenges and dangers for drivers, such as false or unexpected system activation.”

The group cites studies that indicate the currently liability minimum covers damages in all but 0.06% of crashes. 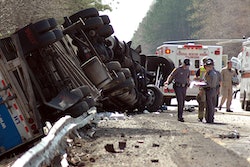 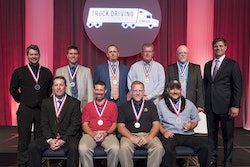