The 2021 edition of the atlas – which features updated truck-accessible roads, state trucking regulations and fuel tax charts – is available in a paperback and a laminated spiral-bound edition, along with a large print edition.

This year, the atlases include:

OIG reports Maxx J. Socher and his company, Moving Services Accounting and Storage Inc., which previously operates as Full Service Van Lines, was ordered by a court to pay $1,296,566 in restitution, legal fees and penalties.

The judgement was made in response to civil complaints filed by the Florida Attorney General’s office against seven individuals and their respective companies – a total of 19 household goods companies – for deceptive moving practices.

The complaints alleged that the companies deliberately loaded people’s belongings onto a truck, raised prices and forced customers to pay before releasing the items. The moving companies allegedly used false or deceptive advertising to lure customers into purchasing moving services.

The complaints also claimed that instead of the advertised “highly trained professional or expert movers,” untrained laborers were often used, resulting in damage to, destroying or stealing customers’ property, OIG says.

The Mexican market is well known for truck cargo thefts given to a high incidence rate of organized criminal activity. From January to April 2020, Mexican trucking association CANACAR reported the country’s carriers saw a 5.5% increase in federal incidents compared to the same timespan last year. Food and groceries, pharmaceuticals and other sought-after freight accounted for 89% of goods stolen in April 2020, furthermore. With government resources shifted to COVID-19 response, significant societal uncertainty has prompted manufacturers and shippers to search for alternative solutions to secure assets.

LoJack México’s direct integration with law enforcement there will give Overhaul’s freight customers advanced visibility, telematics and SVR services to protect their vehicles, equipment and cargo, and aid in their recovery if stolen. 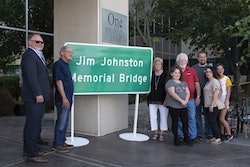 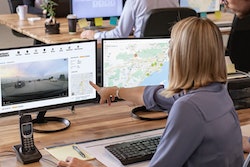