Amid the past month’s concern over interstate blockades, FMCSA reminds drivers of emergency conditions exception
The well-known adverse driving conditions exception to the hours of service regulations allows for two additional drive hours (in conditions defined in 49 CFR 395.2) to complete the “run or to reach a place offering safety for the occupants of the commercial motor vehicle and security for the commercial motor vehicle and its cargo.”

Perhaps lesser-known, and highlighted yesterday by the Federal Motor Carrier Safety Administration on its Facebook page, are allowances in situations of true emergency, where a broader hours exemption is available to complete the run or get to safety. As the agency wrote yesterday, it “wants drivers to know that they may use the emergency conditions exception in 395.1(b) to complete a trip without violating the hours-of-service regulations if the trip was delayed due to a civil disturbance causing a driver to reasonably fear for their physical safety.”

The Facebook post was published the same day as well-known former owner-operator Jeff Clark’s “Truckers are People, Not Targets” commentary at the website of Michael Smerconish. Clark recounts his run into and back out of Minneapolis the same day that tank owner-operator Bogdan Vechirko got stuck in the crowd of demonstrators on I-35W, a story told in Overdrive in reporting in the wake of the event. Vechirko was briefly attacked, and robbed, before being protected by others among those crowding the highway.

No one was ever prosecuted for the attack, Clark wrote, and he saw the effect ultimately play out among online communities of truckers, where some view the absence of accountability as an endorsement of the notion that, as he writes: “it is OK to attack truck drivers. Truck drivers hear it as we are on our own. We need to protect ourselves.”

Reports of other highways blocked by demonstrators seeking to gain attention haven’t been hard to find in the month and more following the incident, and some instances of truck looting have occurred, though the risk of both has been low-to-nonexistent on most lanes.

Clark, nonetheless, urged Americans have the appropriate respect for a working hauler and stay off the highways: “We can not continue to close down interstate highways,” he wrote. “Professional truckers are an integral part of our economy. We have worked right through this pandemic. We just want to be treated as if our lives matter, too.”

FMCSA, via its Facebook post, urged “any driver who experiences crime or violence” to “immediately call the police.”

Mississippi-based owner-op wins new Cascadia from Landstar
Landstar owner-operator Bobby Jordan, of Soso, Mississippi, is now the owner of a 2020 Freightliner Cascadia after being selected as the winner of the Landstar All-Star Truck Giveaway.

Jordan was one of four finalists randomly drawn from a pool of Landstar’s 1,086 active 1 million, 2 million and 3 million safe drivers and Roadstars. 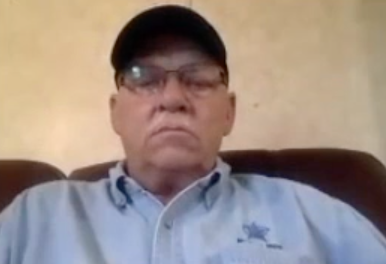 During the virtual event held Thursday  on Zoom, the 2020 Landstar All-Star Truck Giveaway winner was determined after each of the four finalists selected which box they believed to contain the key to the giveaway truck. Jordan guessed correctly to win the viper blue Cascadia spec’d with a suite of safety systems, fuel efficiency features, a Detroit DD15, 14.8L engine and a Detroit DT12 automated transmission.

‘He didn’t get the signal’: Trucker arrested for driving into MN protests released without charges