Bring on the COEs 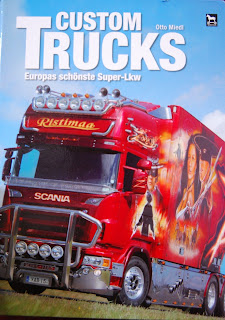 The show-truck landscape in the United States is undoubtedly dominated by the conventional tractor. By and large, too, though aerodynamic packages have seen play in some recent custom creations (perhaps most notably in the International ProStar Mayh, customized in large part by the folks at Elizabeth Truck Center in New Jersey), these trucks tend to conform to the ever-popular Outlaw style — low-slung, big-bumpered, boxy-front-ended rigs with minimalist paint jobs.

Over in Europe, though, things are quite different. There, the COE is very much alive due to more stringent length laws — that doesn’t mean, though, that customizing doesn’t play equal part in the trucking culture. For evidence, just check out the rigs on the spreads below from photograph Otto Miedl’s “Custom Trucks” book, available here (but only, realistically, if you read German). The work these European haulers put into the highly aerodynamic trucks they’re rolling in is remarkable, and these are just a few example. Miedl’s got a U.S.-themed book, also in German for that market, upcoming, too — yes, that’s First in Class, winner of the 2008 Mid-American Trucking Show Big-Rig Build-Off, on the cover. 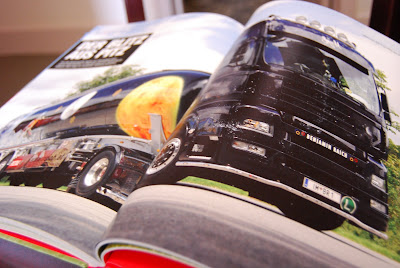 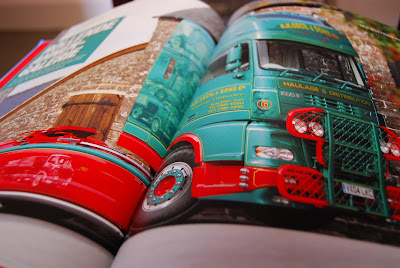 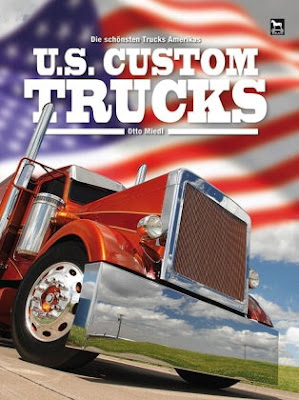