Give that man a CDL! 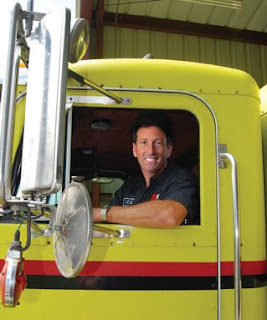 Little did South Carolina Gov. Mark Sanford know how common was the feeling he revealed to his Argentinean mistress in one of several e-mails released by The State newspaper in Columbia, S.C. Describing an early morning excavator session on his farm in one, all of which are available here, he wrote, “To me, and I suspect no one else on earth, there is something wonderful about listening to country music playing in the cab, air conditioner running, the hum of a huge diesel engine … the day breaking and vibrant pink coming alive in the morning clouds…”