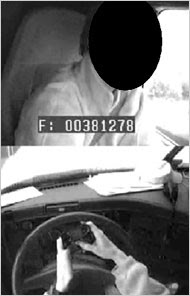 Results from a study released today by the Virginia Tech Transportation Institute, and financed by the Federal Motor Carrier Safety Administration, made their way into the New York Times and numerous other mainstream media outlets yesterday. One upshot?: texting while driving should be illegal, said researchers, no exceptions.

The study tracked more than 100 drivers with video cameras in their cabs over the course of months, logging countless hours of footage over more than a collective 6 million miles; however, the declaration against texting didn’t single out the nation’s haulers but also drew on VTTI research into drivers of cars and other light vehicles that showed texting to be equally risky among those populations.
Predictably, given the large nature of the truck-driver study, much of the coverage has been negatively slanted toward the trucking community, particularly the finding that having a hands-free cell phone setup in-cab bears little on the crash risk associated with using a handheld device normally. One little tidbit has been mostly overlooked, though: “In VTTI’s studies that included light vehicle drivers and truck drivers, manual manipulation of phones such as dialing and texting of the cell phone lead to a substantial increase in the risk of being involved in a safety?critical event (e.g., crash or near crash). However, talking or listening increased risk much less for light vehicles and emnot at all for trucks” [emphasis added].
Yes, there’s a reason they call them emprofessional drivers, after all.
Top Stories