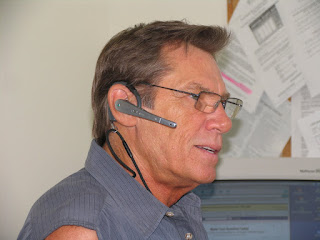 Truckin’ Life is Australia’s premiere trucking magazine for owner-operators: in certain ways, it shares with its American counterpart in Overdrive a defining mission, clear from the tagline that adorns its cover, “The voice of the Australian trucker.” Truckin’ Life‘s founder, Malcolm B. Johnson (pictured, courtesy Truckin’ Life), suffered a heart attack July 31 and passed away in early August.

According to former Truckin’ Life managing editor Jim Gibson, writing Johnson’s obituary in Truckin’ Life recently, the first edition of that magazine appeared in May 1976, spearheaded by Johnson’s efforts.
His inspiration? “Malcolm got the idea for the magazine while enjoying several large drams of amber fluid at a Brisbane Truck Show,” Gibson wrote. “He was leaning on the bar at the show listening to drivers’ beefs. A few days later he got his hands on some copies of an American truck magazine called Overdive, courtesy of one of those drivers. He studied its editorial policy and found the conditions Australian drivers worked under were similar to those of their U.S. counterparts. Its tagline was, and still is today — the voice of the American trucker.”
Top Stories