Driving while smoking: the cutting edge of in-cab distractions 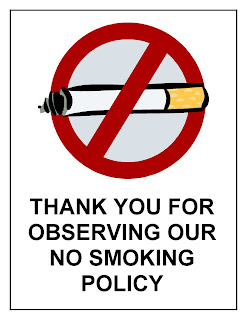 Not only did one truck driver in Ontario this weekend likely enter the history books as the first hauler ticketed for smoking in his cab in contravention of a provincial piece of legislation-turned-law called the Smoke-Free Ontario Act, he may well stand at the vanguard of the recent hyper-attention to in-cab distractions provided by the profusion of communications gadgetry.

As the Canadian newspaper of record the Globe and Mail reported, a 48-year-old London, Ontario-based hauler was slapped with a $305 fine after a police officer noticed him smoking as he pulled alongside the truck on the 401 near Toronto. In that story, in which a rep from the Ontario Trucking Association parsed the many exceptions to the no-smoking-in-workplaces (including vehicles) rule (which excludes from compliance drivers who actually own their own rigs and are sole proprietors of their trucking businesses), an Essex County police rep stated as a primary smoking danger not just the fact that it’s cancer-causing, is often likened to slow suicide, confers upon its contemporary practitioners the status of virtual pariah in some locales and other such unfortunates, but that, like driving-while-texting (DWT, of course), is unsafe simply as one among many in-vehicle distractions.
“You’re taking a hand off your wheel to light your cigarette,” she told the Globe and Mail. “Then you’re looking down to put your cigarette out, so you’re not paying attention….” I imagine that sounds pretty familiar. Follow this link for the full story.
Related Stories