Gear up and ride 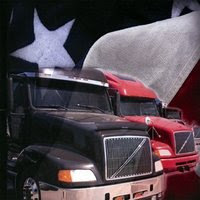 Rockwood Products, the custom truck component manufacturer, and Nashville’s Spec Records have teamed up to offer a compilation of fresh country and Southern rock tracks called “>Truckers Tracks, Vol. 1 (Saddle Up and Ride).” Among notable performers/writers on the CD is Johnny Neel, formerly of the Allman Brothers band.

“>This is an absolutely wonderful collection for truckers, families of truckers, country music lovers and Southern Rockers,” said Michael Smith of Swampland Reviews. “It is a collection of some of Nashville’s best artists and songs paying tribute to some of the hardest working men and women in America.” a style=”BACKGROUND-COLOR: #c3d9c0″ href=”http://top40-charts.comrtist.php?aid=10203″>
Part Outlaw-style country and rock with a bluesy edge, the tracks on the CD are dedicated to “>all the men and women who move the heavy loads down the highway and the families that they leave behind,” says the publishers. a style=”BACKGROUND-COLOR: #c3d9c0″ href=”http://top40-charts.comrtist.php?aid=10203″>The closing track, “>Folded Flag,” featuring Neel, is a tribute to the servicemen and -women who made the ultimate sacrifice….
Visit http://www.truckerstracks.com/> to listen to samples or to order. A tracklist follows.
1. It’s a Good Day — Joe Durham
2. Led Foot Boogie — Johnny Neel
3. The Road — Greg Crowe
4. Goin’ Up the Country — Mike Cullison
5. Trucker’s Son — Rodger Mason
6. Closer to You — Joe Durham
7. Black Highway — Bob Rea
8. Blindside — Johnny Neel
9. Blue Collar Tired — Mike Cullison
10. Saddle Up and Ride — Johnny Neel
11. West Coast Run — Rodger Mason
12. Freightliner — Joe Durham
13. Folded Flag — Johnny Neel
Get the business tips, industry insights and trending news every owner-operator needs to know in the Overdrive newsletter.
Read Next