Vanessa Leigh Hoffman (pictured, below) began her new book, Rear View Mirror, in the cab of her fiance Joe Cicciaro’s 1988 Peterbilt. On runs with tomatoes originating near Cicciaro and Hoffman’s home in St. Pete Beach, Fla., to Texas, where Cicciaro loaded beef in his 53′ spread-axle reefer to take back east, Hoffman encountered several situations that inspired her fictional creations. “>Meeting people at fuel islands, truck stops and at loading docks,” she says, “gave me inspiration for several characters.” 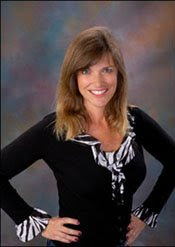 divdiv
The book runs down the story of Francis Crawford, who learns that he has a wealthy twin and is used by the Irish Mafia to get at said twin’s cash. The thriller, set worldwide, crossing borders, ends with a surprise for all that “>provides the reader with an unexpected and thoroughly satisfying conclusion.” Visit Hoffman’s site for more info or to order. It’s also available at most online retailers, such as Amazon.
As she completed chapters, Hoffman says, her Cicciaro became a sort of sounding board for her work. “>I would read him each chapter, as I completed it, which really seemed to help him drive through the night,” she says.
div
Cicciaro, for his part, looked forward to the finish, when she reread the entire book over one of his runs, and says he’s “>very proud” of her accomplishment, ranking the book as up to par with any of the suspense novels on offer at any local bookshop. “I love it,” he says of the story.
href=”http://digg.com/submit”>Digg
href=”http://www.facebook.com/share.php”>facebook
Top Stories