There have been so many back-and-forth motions in the battle over the fate of the Siberian/Bengal tiger, Tony (pictured), at the Tiger Truck Stop in Gross Tete, La., it would be next to impossible for me to summarize them. At once, it’s been quite a while since I posted an update, so here goes:

The most current action, as far as I can tell, has been that Tiger Truck Stop owner Michael Sandlin has sued the state of Louisiana and Iberville Parish over the constitutionality of their ban prohibiting “anyone from owning wild, exotic or vicious animals for display or exhibition.” It’s something of a countersuit, as a court in November ordered the tiger to be removed from the premises, revoking a state-issued permit on a technicality and prompting animal rights activists with the Animal Legal Defense Fund and other groups to claim victory in setting Tony free.

But the battle goes on.

One of the last couple times I wrote about the tiger, it was on the occasion of a group of drivers getting involved to call for the animal’s removal from the truck stop location. What do you think today? 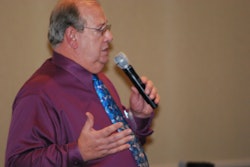 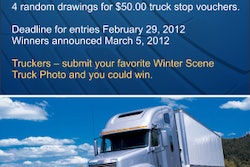