There were two of them in the Motor Carrier Safety Advisory Committee meeting room at the Hilton Old Town in Alexandria, Va., yesterday.

At a certain point in the committee’s discussion yesterday, Feb. 7, about the issue of electronic logs and harassment, as the discussion ranged seemingly away from the task at hand — discussion to provide a report to FMCSA on how electronic log device standards might be written into future regulations to help ensure the devices are not used to harass interstate truck operators — Jane Mathis of Parents Against Tired Truckers said the “elephant in the room” for the discussion was the fact that the very reason to be concerned with “electronic logs is to prevent fraudulent use of written logs. We know there are drivers who drive way in excess of 11 and adjust their logs accordingly.”

The subsequent conversation was somewhat emblematic of the divisions in the room on where exactly change energy was needed.

Stephen Owing of Road Safe America followed with “I would think that electronic logging would give the driver the ability to factually prevent harassment. ‘I’m out of hours, I’m pulling over.'”

Danny Schnautz of Texas-based Clark Freight Lines: “That’s the point – what if the driver needs to pull over even when he’s not out of hours? Or he needs to go slow when the speed limit is high? Either way he’s going to get pushed.”

Rob Abbott of the American Trucking Associations then called drivers and owner-operators a “population of people who were unsupervised and now they’re supervised. Now we’re going to put the supervisor in the cab with you – not a lot unlike a factory worker…. The agency should look at language that is in place, other parallel environments where somebody’s there as a supervisor. [Because with electronic logs] we’re putting the supervisor in the truck.”

Lamont Byrd of the Teamsters: “I would agree in a sense with Rob that having these electronic devices in trucks is putting the supervisor in the truck. It’s also forcing a cultural change in the industry. Historically, drivers could manage their day and do what they’re supposed to do. But [Paul Claunch, of Arkansas State Police] hit the nail on the head – we won’t be able to regulate bad management practices. The only practical solution is to separate the fleet management systems from electronic logging. A company may elect to have a fleet management system, but what the agency can do is regulate having minimum requirements for electronic logs. Just keep it simple and separate.”

Ultimately, that’s exactly what the report in the form it was in yesterday did: suggest simplifying the requirements for any electronic log, separate from the multifunctional fleet management suites of products/communications.

Then it was time for the other elephant to rear it’s big ears. Todd Spencer of the Owner-Operator Independent Drivers Association put this to the assembled: “A host of communications devices can be used to pressure or harass drivers. That existed before some of the on-board recorder stuff… The reality isn’t, as Jane pointed out, [that driving more than 11 hours is the big problem] — the elephant in the room is the time spent loading and unloading. It’s never captured, it’s never accounted for. The monitoring supervisor in the cab with you certainly has every disincentive to want to make sure that time is captured as on-duty not driving. Of course, the limits of any perceived benefits [of electronic logs] can never actually be realized” because of the limits of the technology, Spencer said, his contention that an electronic logging device will not substantively change the uncompensated detention time problem that is rampant.

It was just a small snapshot into a wide-ranging discussion yesterday — for distillation of the report the MCSAC is finalizing this morning, check out the story on Overdriveonline.com this morning.

I’m off to a cross-border program update — look for some news about it later in the day. 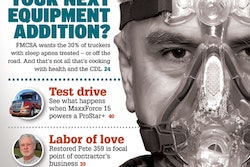 Are fuel-injector-cleaning diesel additives worth it?; Apnea update 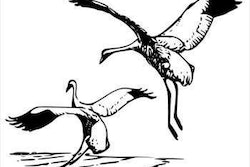 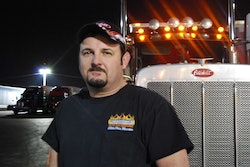