OTR newbie Chris Gadarowski, 53 and dispatched out of El Paso, Texas, is on a mission. After hearing from a variety of driving veterans over the course of his first months in the industry about the hours changes, then seeing the difficulty of complying with the new restart firsthand, in November Gadarowski (no stranger to the halls of Overdrive Online.com and our own Facebook page at this point) launched the “Drivers for the ‘TRUE Safety Act'” Facebook page as a grassroots gathering point for those in favor of the bill’s call for an independent hours review attendant to a rollback of changes made last July.

The page’s tagline urges those who support the Richard Hanna-introduced bill to “contact your Congress member to support the TRUE Safety Act asap!”

While “I appreciate the good intentions of the folks at FMCSA,” Gadarowski says, “the unintended consequences of even the best-intentioned rules can cause serious problems for those who have to deal with them on a regular basis. And this new provision to the 34-restart, in my opinion, surely is one of those cases.”

If permanent rollback of the restart provision isn’t possible, Gadarowski favors a compromise approach that would introduce more flexible options for the two four-hour night-time periods. “For example, a 34-hour rest period with two consecutive 10 p.m.-2 a.m. periods would probably have the same effect on reducing driver fatigue as the current provision. Allowing drivers the choice to end their restart rest periods from 2 a.m. to 5 a.m. would probably provide the same fatigue reduction” that was cited by the recent FMCSA study, “but allow drivers more flexibility in choosing and managing their daily schedules.”

FMCSA’s study was designed as a justification for the new rules, but “what it does not examine is whether some alternative restriction to the new provision would do a reasonable job getting truckers to get more rest during nighttime hours, but also provide folks in the industry flexibility to manage when they can come off the 34-hour restart.”

That’s where his ideas above come in, of course. With so many others among you having called for greater flexibility for years now, I thought you may well find Gadarowski’s effort of interest. You can follow posts there and communicate with others who think similarly about the TRUE Safety Act by liking the page via this link. 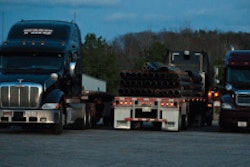 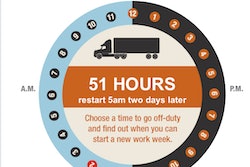