Given my colleague James Jaillet’s reporting on the Federal Motor Carrier Safety Administration’s increasing reliance on offsite work on compliance reviews, which included the reality that the agency had granted itself the ability to issue a safety rating with purely offsite work in some instances, I wondered about the question in the title here. Might this be an opportunity for some long-unrated small carriers and owner-operators to get that Satisfactory stamp they’ve long deserved?

Such a rating can be a plus when it comes to dealing with some customers, who like to know a business has at least been checked out by federal and/or state-level auditors and deemed well within the regs.

The short answer to the question, however, with a quick glance at the ratings issued this year, appears to be a definite no. 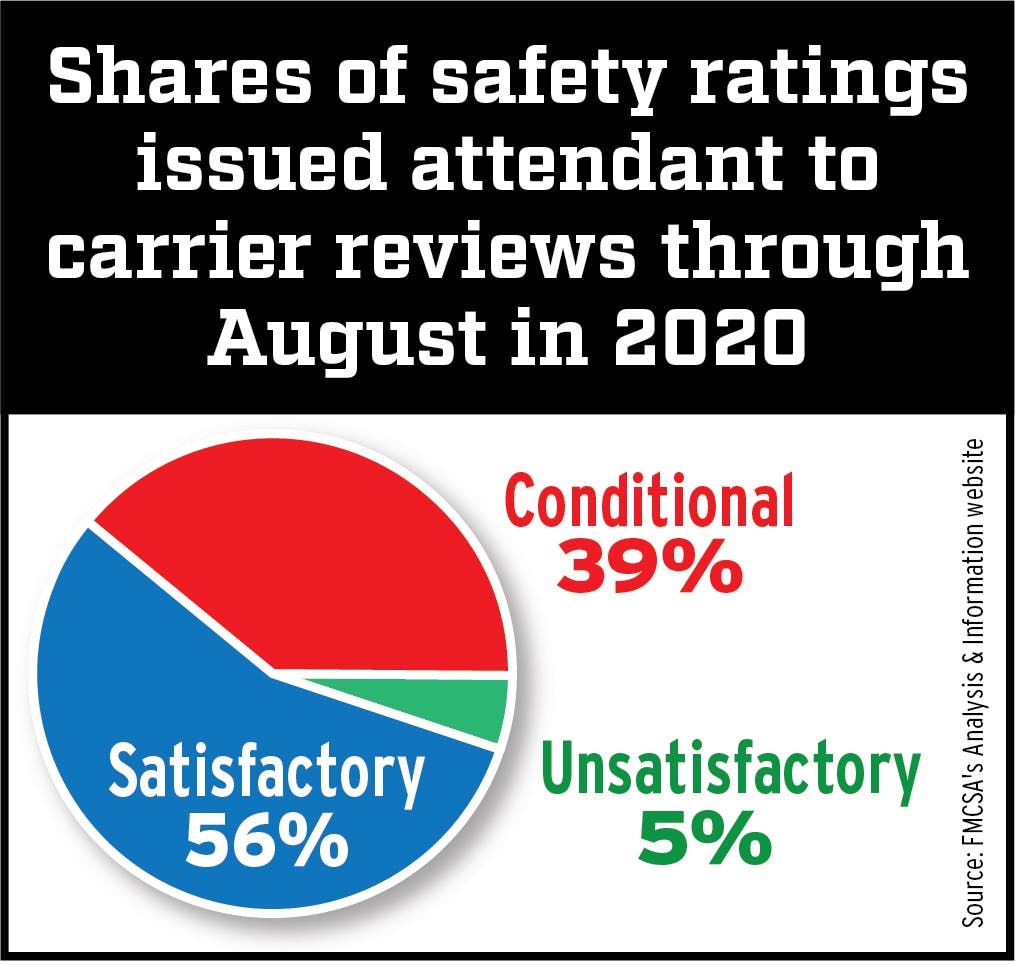 These shares are almost identical to those of the actual ratings issued with carrier reviews the past two years, with only the Satisfactory share increasing in prevalence as an audit outcome among the three ratings since 2018. Total numbers of safety ratings issued thus far in the year also appear to be on track to come in at smaller numbers compared to 2018-19 if the rate holds through the end of the year.

There’s also anecdotal evidence that, despite increased reliance on offsite audits, investigators may well be hesitant to issue adverse safety ratings as a result of solely offsite work. The pie chart above showing Satisfactory, Conditional, and Unsatisfactory shares of total safety ratings issued as a result of reviews through August in 2020 really doesn’t look much different than both 2018 and 2019 calendar years. If anything, the agency’s issued a slightly larger share of Satisfactory ratings this year than in the prior two years.

Furthermore, consultant Jeff Davis of Ohio-based Fleet Safety Services, who’s guided scads of small carriers through audits over the years, notes that in the offsite audits he’s helped carriers through in recent times, “all five of the carriers have avoided a safety rating” of any kind.

Four of the five, too, were in the position of possibly being tagged with a Conditional rating if what Davis dubbed the “shelter in place auditors” (those working entirely offsite, in other words) had chosen to exercise the broader authorities the agency’s declaring for itself with the COVID-19 emergency declaration.

In that sense, “What the shelter-in-place auditors have done is make it a little easier on the motor carrier,” he said, summarizing part of a presentation he gave about the on-the-ground reality for carriers about a month ago.

Davis feels the decisions made not to issue an adverse rating could be attributed to federal investigators merely hitting a pause button on activity, at the same time. He feels like investigators may well return with further scrutiny for carriers in such a situation, where in a traditional scenario with an on-site investigation they may well have gotten stuck with a Conditional rating.

What have you seen from auditors since the pandemic began? Weigh in via the poll below or get in touch. 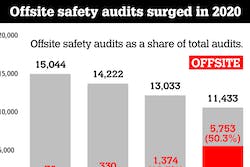 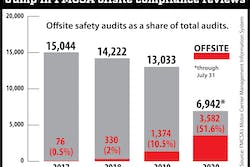 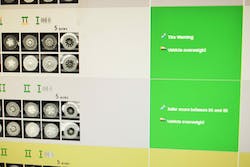 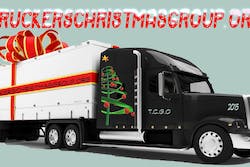