We were fortunate enough to spend the weekend in Brookville, Ohio, at the first Take Pride Truck Show. Ray O’Hagen and the crew at Midwest Truck and Equipment were fantastic hosts for a really neat little show.

It’s not easy to plan an event like this one. Just ask Jerry Novak, or any of the group from the Take Pride in Your Ride, Show Us Your Rig Facebook page who helped with the hundreds of details and logistics. They pulled off a brand-new event like seasoned pros.

Somewhere around 30 trucks registered for the shine and show working truck competition, a huge number for a first-time show in a place like  little Brookville, Ohio. One of the coolest things was the judging panel: No one over the age of 14 was allowed to cast votes. The kids picked winners based on sheer awesomeness.

Lori Franklin won their hearts, and votes, with her beautiful 2009 “Lady in Red” Peterbilt 379. This sweet thang has a 132-inch ARI sleeper and a 550 Cat 18 speed with 336 rears to roll that beautiful bean footage around the country in style. I can see why the little kids liked it so much.

Lori’s been in trucking for 35 years, hauling everything from swinging meat to ammo and explosives. The 20 years she’s been leased to Landstar have given her opportunities to haul it all. She recently paid her beloved Lady off, and says this truck will be the “last one.” (Don’t we all say that?)

The evening was topped off with a performance from Tony Justice and his band. The only (visible) snafu of the whole day was a total blackout on the electrical system halfway through Tony’s set, but we still got to hear his brand new tribute song, “Stars, Stripes and White Lines.” The opening lines are The Pledge of Allegiance. Without being prompted, every single person in attendance stood up, turned towards the flag and put their hands over their hearts to recite it along with Tony. I can’t wait to see the song performed again if Tony’s present at GATS, as he was the last two years.

We are so very proud to have been a sponsor and part of the first show. It was truly a group of people who have pride in not only their rides, but in their community. Ray O’Hagen, owner of Midwest Truck and Equipment, said after the show Sunday that there wasn’t one bottle or scrap of paper left in the parking lot. That’s pretty phenomenal for any large gathering.

Thanks for having us, Jerry, y’all did a fine job of it! 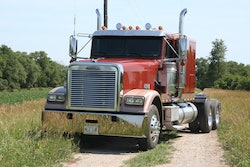 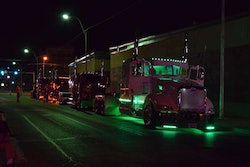 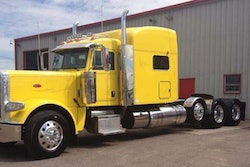