The story behind West Virginia-based Bill Warner Jr.’s rig is fairly exceptional. As he tells it in the video, the prior owner, a small fleet in Pennsylvania whose owner had kept it around for years as a personal truck, used it so little that, to this day, it’s got fewer than 200,000 original miles on the odometer. Powered by a 425-hp Cat, the original motor, through a 15-speed transmission and 3:70 rears, the 1987 Peterbilt 359 has been under Warner’s ownership for more than a decade just waiting to be given the treatment it got for the PKY championship at the Mid-America Trucking Show in March.

As you’ll see and hear in the video, the rig came away with Best of Show in limited mileage / dump combo, likewise garnering a best for its use of chrome.

Warner’s nine-truck fleet has hauled for the the same principal customer within about a 200-mile radius of Circleville, W.Va., for two decades.

Catch a myriad more views via the stills in the video. 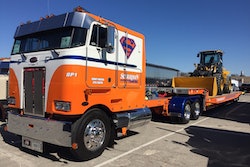 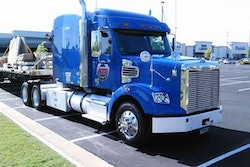 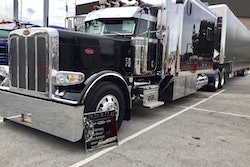