Navistar getting into ELD market with OnCommand Connection expansion

Navistar on Thursday at the Mid America Trucking Show in Louisville unveiled an expansion to its OnCommand Connection platform, which will include an electronic driver log (ELD) app.

OnCommand Connection currently has more than 300,000 VINs on its platform, two-thirds of which Navistar’s Chief Information Officer Terry Kline says are competing brands. As part of the announcement, Kline announced Navistar will begin over-the-air updates for Cummins engines next week.

“We believe we’ll be bringing telematics to the average owner-operator,” Kline says, “giving the owner-operator the opportunity to take advantage of the same technology the major fleets have access to.”

“We really focused on ease of use,” Kline says of the ELD app. “It’s tied into our whole [OnCommand Connection] backend diagnostic and hardware capabilities.”

Kline Thursday declined to provide a price for the unit and associated subscription services but the company provided an initial price of $120 and $14.95-$29.95 per month for Overdrive‘s ELD Buyers Guide, which will publish next month. 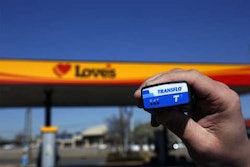 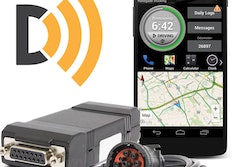 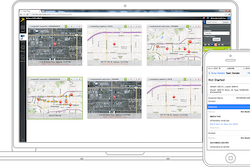