Less than a month prior to the electronic logging device mandate’s initial enforcement deadline of December 18, the Owner-Operator Independent Drivers Association has filed a request with the Federal Motor Carrier Safety Administration for an at least five-year small-business exemption from the mandate’s requirements.

The request comes one day after the FMCSA announced it would soon publish details of a 90-day extension of the enforcement date specifically for agriculatural haulers, including but not limited to those hauling livestock.

If granted, OOIDA’s request would go well beyond that extension and exempt from the mandate motor carriers who fit the Small Business Administration’s definition of a small business in truck transportation, an entity with $27.5 million or less in gross annual receipts. It would include only such situated carriers who “do not have a Carrier Safety Rating of ‘Unsatisfactory,’ and can document a proven history of safety performance with no attributable at-fault crashes,'” the association’s exemption request states. “The exemption would not have any adverse impacts on operational safety, as motor carriers and drivers would remain subject to the [hours] regulations.”

OOIDA cites a myriad of concerns in justifying its request, from a lack of comprehensive government or independent third-party vetting of many of the nearly 200 self-certified ELDs currently on FMCSA’s registry to continued concerns about cybersecurity broadly.

“Because ELDs will be connected to a truck engine, they could be a target for hackers to take control of the vehicle,” the association states in its request. “ELDs could also be vulnerable to data manipulation – both professional and personal. Owner-operators exempted from the mandate will not have to worry about losing control of their vehicle or the loss of their personal data via an ELD and will operate at an equal or greater level of safety than complying with the mandate.”

The association cited release of cybersecurity research firm IOActive14’s summary findings of three analyzed “entry-level ELD providers” at Blackhat USA 2017 and Def Con 25 conferences. According to OOIDA, the firm’s “general conclusion was that all three devices did very little to nothing at all to follow best practices and were open to compromise,” noting several specific shortcomings also noted in a cybersecurity bulletin of the National Motor Freight Traffic Association.

The association also disputed the notion that safety on U.S. highways would be materially improved by mandating ELDs. With the rule’s release, FMCSA estimated 26 lives saved annually as a result, likewise the avoidance of  “562 injuries, and 1,844 crashes. … In this analysis,” OOIDA’s exemption request states, “the Agency assumes that compliance with the [hours of service] regulations will decrease crashes and therefore show a benefit that outweighs the costs associated with purchasing and installing ELDs. FMCSA attempted to validate these benefits through a convoluted mathematical analysis founded upon assumptions, while also utilizing an extremely small and outdated data set.”

OOIDA’s own analyses have compared crash rates of several large carriers known to have long utilized ELDs’ predecessor devices (Auatomatic Onboard Recording Devices, or AOBRDs) and a few carriers with mostly owner-operator drivers and fewer-to-no AOBRDs in use, the latter with lower crash rates. “If the safety records of large fleets with ELDs are examined, it is clear that merely installing ELDs does not achieve safety benefits,” OOIDA’s request says.

Queries to FMCSA’s Public Affairs office as to the timing of an official response and related to the substance of the request were not immediately returned. Overdrive will update this story when a response is received.

OOIDA is one member of a diverse coalition of industry groups that has spoken out against the mandate. It also supports a bill proposed by U.S. Representative Brian Babin (R-Texas) that would delay the ELD mandate for two years. Babin’s bill, H.R. 3282,  the ELD Extension Act of 2017, would extend the current implementation date from December 2017 to December 2019. Babin has in recent weeks also requested a delay via executive order of the Trump administration to buy more time for H.R. 3282’s passage. 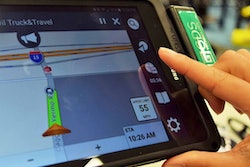 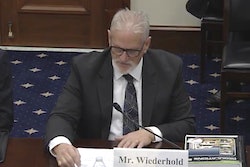