Owner-operators and other drivers gathered around the country Monday in opposition to the electronic logging device mandate as part of a so-called “ELD Media Blitz” two weeks before the mandate is to take effect.

With legal challenges having failed and a proposal to delay the mandate stalled in Congress, the rallies were an attempt to bring attention to what the truckers say are security, economic and safety issues associated with the mandate. 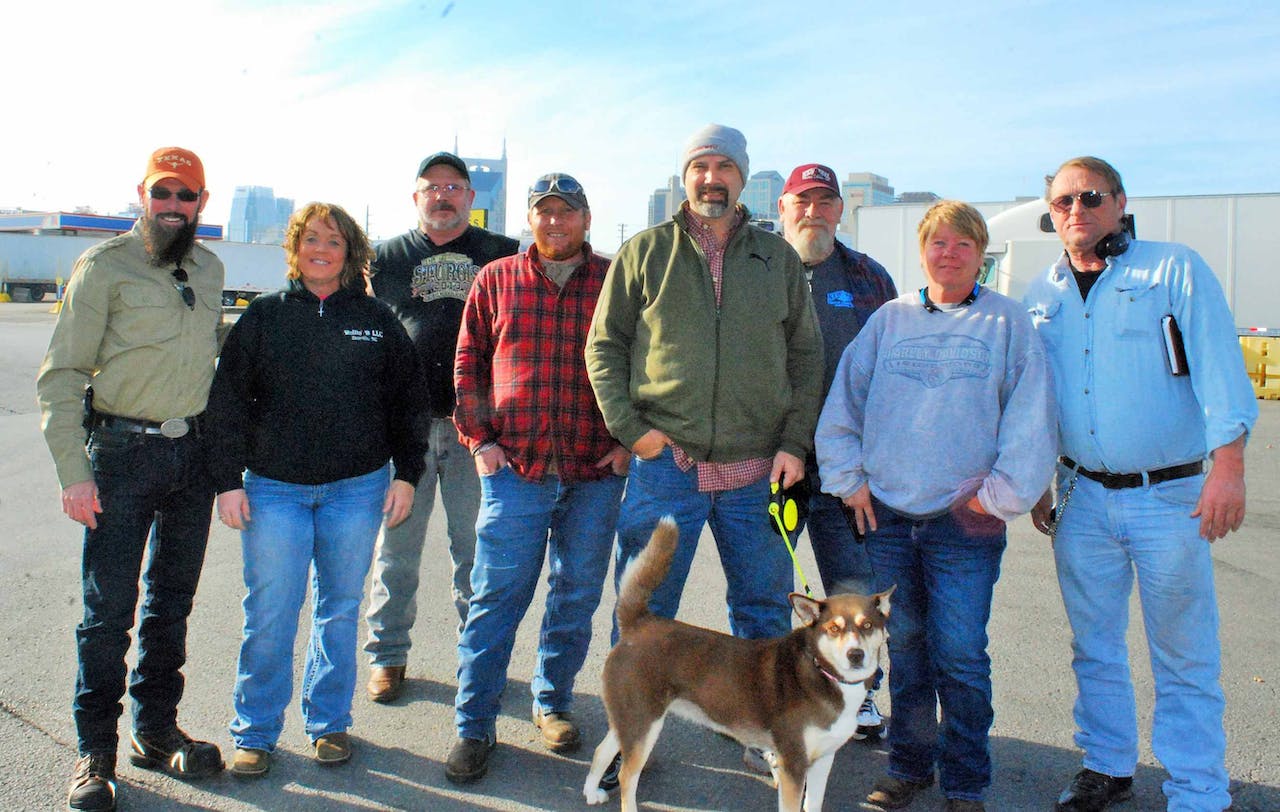 A small group of drivers gathered early at the downtown Travel Centers of America location in Nashville, Tenn., just across the Cumberland River from the Tennessee state capitol building. Coordinated in part by Continental Expedited Services driver Tom Harris of Clarksville, Tenn., the group worked in solidarity with dozens of similar events nationwide.

The 45-50-truck expedited fleet Harris drives for has terminals in its Clarksville home base and elsewhere, employing U.S.-based drivers but also operators in Mexico and Canada.

The “special forces of trucking,” Harris says in reference to expediters, are “conditioned to do special things, but in the same breath we know what our limitations are and we’re not going to do anything unsafe.”

Harris believes the ELD rule will negatively affect drivers’ decisions about when to take needed rest. With the 14-hour clock brought further into the foreground by ELDs, too many drivers will feel added pressure to run, he said, given the disincentive to stop and lose time.

Did you rally today? If so or if not, what’s your plan for the December 18 mandate deadline? If you’re reading on a smartphone, tap the image to call and leave us a message on our podcast line to weigh in with your story. If you’re on a desktop, call 530-408-6423. Make sure to tell us your name and state of residence.

Owner-operator Brown said she was most concerned with her own safety, particularly when she thinks back to the days she hauled munitions for the government. The introduction of a third-party e-log provider into a mandated location-tracking situation on such sensitive deliveries didn’t sit well with her sense of comfort.

As the rally got under way and drivers began to make new and follow-up calls to local media, Brown suggested the group visit local TV and other media in person if it came down to it. “If they won’t come to us, then we’re going to go to them,” she said. 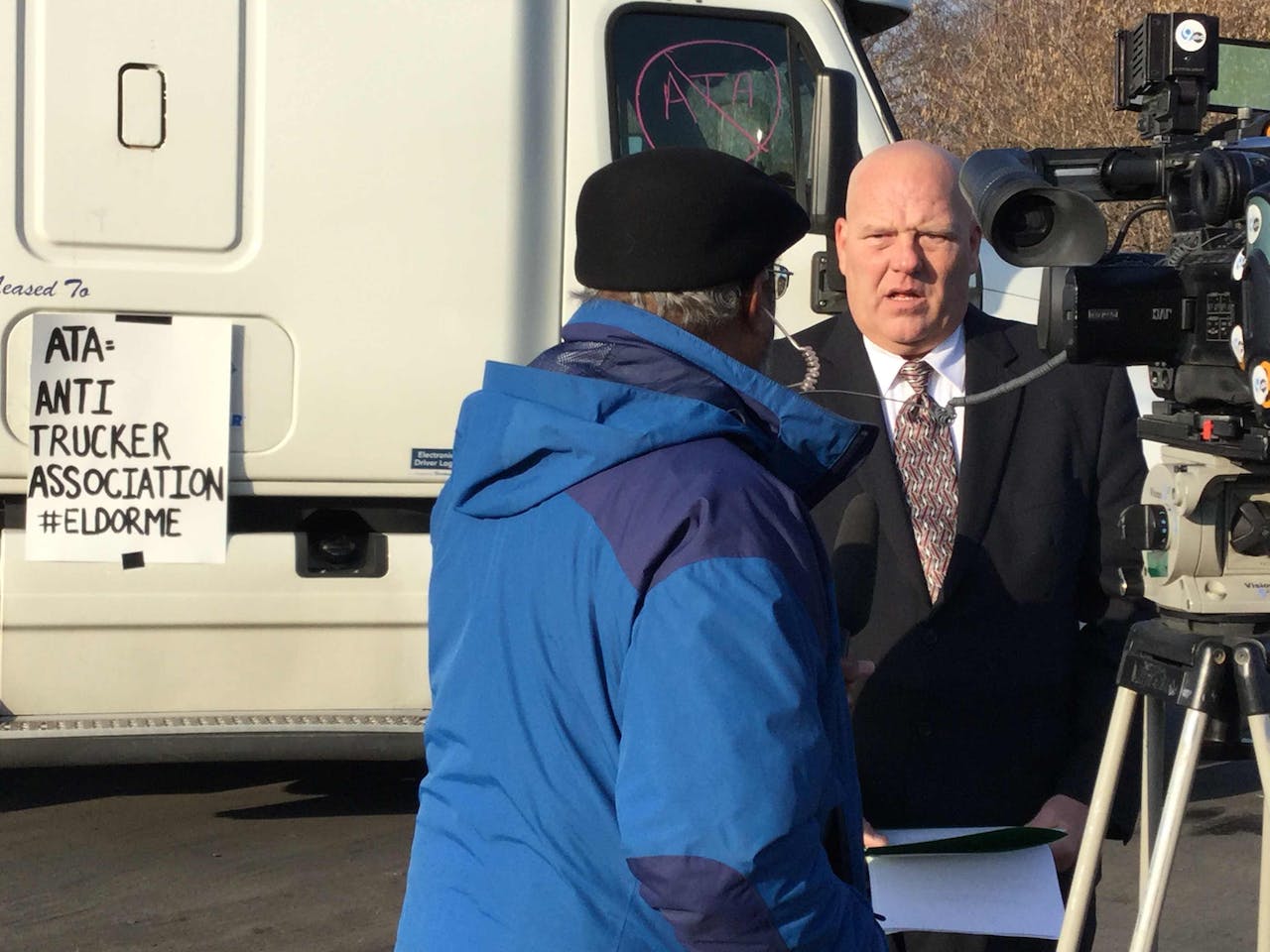 ELD mandate the end of the line for some drivers

Pat Valenti, an owner-operator from Buffalo, N.Y., said he will be staying home when the ELD mandate takes effect unless things change by the Dec. 18 compliance date. An owner-operator for 20 years, Valenti said it’s not just a question of “ELD or Me,” a slogan associated with the anti-ELD movement.

“Having to have a GPS location on my truck at all times is an infringement on my rights,” said Valenti. He said he understands the need to keep track of his hours, but adds, “where I was is nobody’s business but my own.”

Valenti was joined by other truckers at the ELD Media Blitz Monday at a Pilot near Syracuse, N.Y. Along with organizer Doug Hasner, an owner-operator from north of Watertown, N.Y., he met with local TV reporters. In the interviews, Hasner repeated the laundry list of concerns familiar to truckers at odds with the mandate, including the added demands it puts on drivers.

“We want to make people understand that [the ELD mandate] puts a lot of pressure on the driver because now he is on a clock,” said Hasner. “And, when that clock expires, he goes into violation and that comes with a large fine. That’s pressure – a lot of pressure.”

Hasner said he realizes it’s late in the game to be appealing the mandate, but, he believes drivers’ voices have not been heard.

Valenti agrees. “I am a Trump supporter, but I kind of feel he has turned his back on the people who helped him get into the office.”

Come Dec. 18, Hasner said he has the option of not driving. He owns his truck and trailer, is retired from a previous career and can get by financially, though he realizes many other drivers are not in that position. 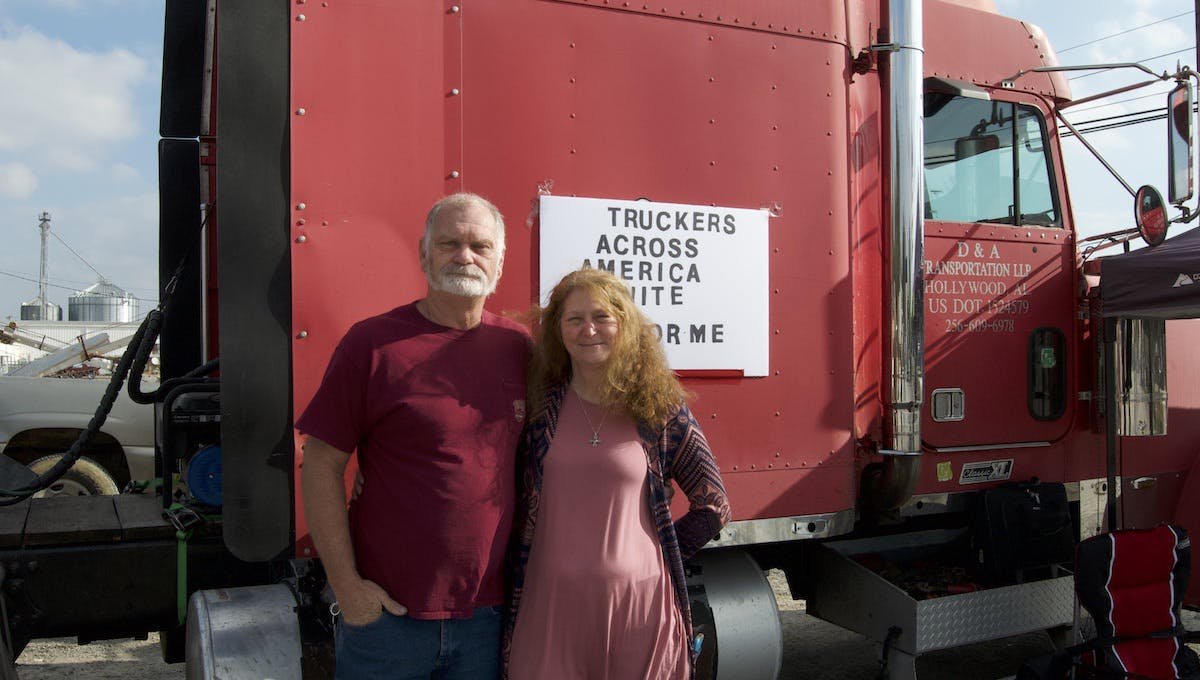 Darrell and Audrey Wright came out to protest the ELD mandate, which they say will cause unsafe driving and cost them revenue, in Hollywood, Ala. Their 2000 Freightliner Classic is one of three trucks they own. Darrell bought it to try and evade the ELD mandate, but his truck doesn’t qualify for an exemption.

Audrey Wright organized an Alabama event at the Gear Jammers truck stop in Hollywood, Ala., near Scottsboro, out of support for her husband, Darrell, an over-the-road owner-operator.

Operating as D&A Transportation with three trucks, Darrell said he expects to lose revenue after ELDs are implemented. “My plan is to wait and see if they postpone the ELDs and if they don’t, that’s going to be my plan, to find another truck,” he said.

Darrell said he thinks the pressure that ELDs will exert on a driver’s on-duty hours will create an unsafe driving environment.

“If I’m driving 74 miles per hour and I see a car easing up on me, I will usually let off and let the car go on, but after the ELDs go into effect I can’t give that courtesy anymore because every time I let off the accelerator I lose money.”

Owner-operator and third-generation trucker Matt Shourd, from Georgetown, Tenn., drove down to the Alabama event with his custom-painted 2002 Peterbilt 379, named “Unfinished Business.” He used to pull a reefer but recently started hauling oversized loads.

“With these new log books, it’s not as much time,” he said. “As much as I love to feed the country, I can’t sit in a dock all day and still get the food to them.”

Shourd said having mandated ELDs impacts the freedom truckers have on the road and increases costs.

“My biggest argument with it is it’s a self-certified, unregulated device that’s made in a foreign country,” he said. “I’m not really sure who’s going to have access to that data. The ECMs in my truck are made for diagnostics, they’re not made to send and receive things to another computer.” 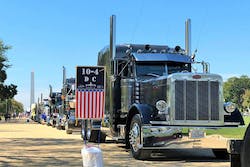 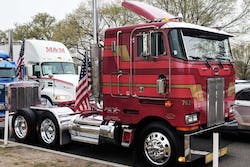 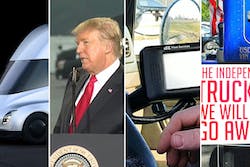 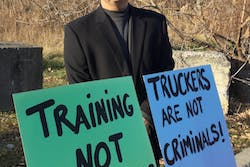