Legislators in at least four states have introduced proposals in recent weeks to stymie enforcement of the electronic logging device mandate, either by suspending funds for enforcement within their state’s borders or by asking the federal government to reconsider the mandate, enforcement for which began in December.

The bills mostly cite concerns of small business truckers as the reasons to repeal the mandate or suspend its enforcement, as well as the potential for the mandate to drive up prices of goods for consumers. Legislators in South Dakota, Missouri, Tennessee and Idaho have introduced resolutions taking aim at the mandate.

Lawmakers in South Dakota and Missouri have called for an outright repeal of the mandate. Both the South Dakota House and Senate passed earlier this month a resolution “encouraging Congress and [FMCSA] to overturn the rules regarding” ELDs. The state cites the cost of compliance, ELDs’ tracking requirements (which the state contends is “an invasion of privacy) and FMCSA’s self-certified device registry as reasons to repeal the mandate.

Missouri’s General Assembly has issued two ELD-related bills this year. One, like South Dakota’s resolution, asks Congress to repeal the ELD mandate, calling it “an imposition of corporate welfare that…[benefits] politically powerful large corporations at the expense of small business.”

The state’s other ELD bill forbids state personnel from enforcing the mandate and forbids them from keeping records — or transmitting any records to FMCSA — of truckers who aren’t compliant with the mandate. Neither of Missouri’s bills have seen action since their recent introduction.

Likewise, the Tennessee Senate has introduced a bill that prohibits state funds from being used to enforce the mandate. It also has seen no action since its introduction.

Lastly, both chambers of the Idaho legislature have introduced a joint resolution that would permanently exempt ag and livestock carriers domiciled in the state from complying with the mandate. FMCSA has given livestock and ag haulers until mid-March to adopt an ELD. 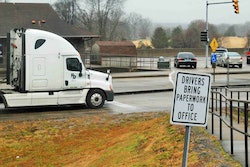 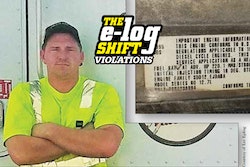 Not so calm before the ELD storm