A petition to the U.S. DOT asking for a reprieve from ELD compliance for small carries with clean safety records has been denied, the Owner-Operator Independent Drivers Association announced Tuesday.

OOIDA filed the exemption request last November, less than a month before the deadline by which drivers were required to begin using an electronic logging device. The association requested that the Federal Motor Carrier Safety Administration allow small businesses, defined as those with less than $27.5 million in annual revenue, to continue using paper logs to record duty status if they had no at-fault crashes and did not have a safety rating of Unsatisfactory.

FMCSA has not yet published its decision in the Federal Register, which could offer more detail as to why the agency denied OOIDA’s petition.

OOIDA President and CEO Todd Spencer said the group is “puzzled and disappointed” by FMCSA’s decision.

In its request, OOIDA noted several concerns with the mandate, most notably the lack of proper vetting of ELD suppliers by either FMCSA or a third party and questions about the devices’ cybersecurity. OOIDA’s filing came after the group unsuccessfully fought the mandate in court. The association filed a lawsuit in March 2016 against FMCSA seeking to overturn the mandate, but the 7th Circuit Court of Appeals in Chicago ruled in favor of FMCSA in the case. OOIDA appealed the decision to the U.S. Supreme Court, who declined to hear the case, leaving the 7th Circuit appellate court’s decision in place.

A bill was filed in the U.S. House in May that would exempt carriers with 10 or fewer trucks from the ELD mandate, though it has seen no action since being filed.

A separate exemption request asking for an ELD waiver for small carriers was published by FMCSA in June. It was filed by the Small Business in Transportation, who seeks an ELD exemption for trucking companies with fewer than 50 employees. FMCSA has not yet issued a decision on this request. The agency is accepting public comments on the SBTC’s petition until 11:59 p.m. Eastern time on July 16. 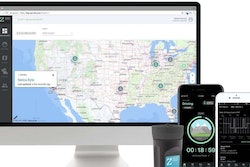 ZED Connect offering ELD to former One20 members for $20