Q&A: Should I use diesel fuel additives in the winter?

Jason Cannon
Oct 28, 2020
Some fuel additives only help prevent gelling during cold weather. Others are formulated to enhance fuel economy, add lubricity and provide other benefits.

Although fuel filters and water separators get routine checks year-round, as ambient temperatures begin to drop, the actual fuel in the tank requires more attention. Adequate preparation isn’t always straightforward because the quality of fuel and the types of potential additives play a big factor in how quickly it begins to fall out of spec.

Q. How can I tell if my fuel’s starting to gel?

A. Hard starts, loss of power and decreasing fuel efficiency are signs of gelling.

Q. What exactly happens to diesel fuel in cold weather?

A. Part of the power in ultra-low-sulfur diesel No. 2 comes from paraffin wax molecules, which are combustible. With low temperatures, the paraffins coalesce and gel, making the fuel cloudy. With lower temperatures, the gelling paraffin forms chunks large enough to clog filters. That’s considered the Cold Filter Plug Point (CFPP).

Q. How does CFPP differ from the cloud point?

A. The cloud point is reached first, when the fuel gets cloudy. The CFPP, when filter clogging begins, is about 18 degrees below the cloud point.

Q. What does a fuel additive do to get around this process?

A. A good anti-gel will effectively encapsulate the paraffin molecules so that they don’t bind together when they fall out of the fuel. The additives themselves can still make fuel look cloudy.

A. Since diesel fuel varies from state to state and even station to station, it’s difficult to say much about the qualities of fuel in any truck running long-haul. That’s especially true when a truck’s lanes aren’t limited to warm weather or cold weather regions.

Fuels sold in colder areas are better at handling harsh temperatures, which can be due to having a higher quality of production or the inclusion of a small amount of anti-gel additive. A fuel labeled “winter blend” probably has some amount of treatment, but likely not to be enough to provide adequate cold protection.

Q. What’s recommended for preparing a fuel system for winter?

A. Change the fuel filter. Run a strong detergent additive through the fuel system to remove contaminants and moisture. Add a diesel anti-gel to lower the fuel’s CFPP and pour point, which is when liquid loses its flow and fuel is unable to move through the system. When a fuel reaches its pour point, an emergency-use de-gelling additive can be used to re-liquefy the fuel and de-ice a frozen fuel filter.

A. These not only prevent gelling but can offer increased fuel economy and power, less wear, better cold starts, added lubricity and a detergent that keeps the fuel system and injectors clean.

Here’s a sneak preview of a fuel additives roundup coming in the November Overdrive: 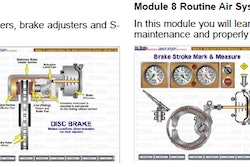 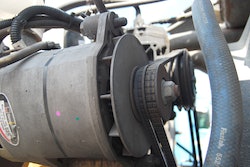 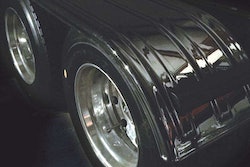 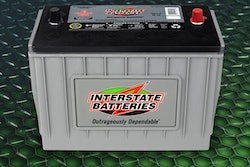