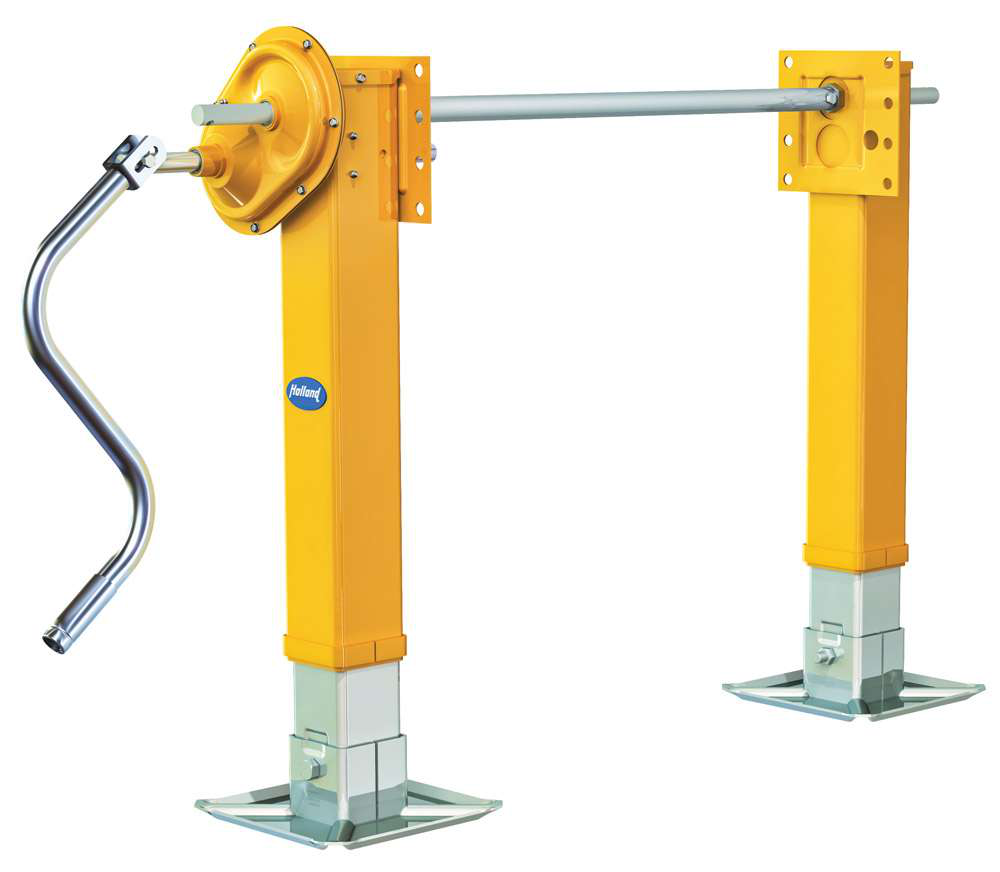 Holland’s proprietary NoLube feature uses a sealed grease tube that surrounds the elevating screw and coats it when the leg is raised or lowered. The company’s FloatingNut technology is designed to protect the elevating screw and threads from damage during excessive side loading, while its Twin-Bulkhead is placed above and below the FloatingNut to help increase structural resistance to side-load force when the landing gear leg is extended. The Atlas FastGear comes standard with a RCF removable cushion foot or an optional low-profile RCF.