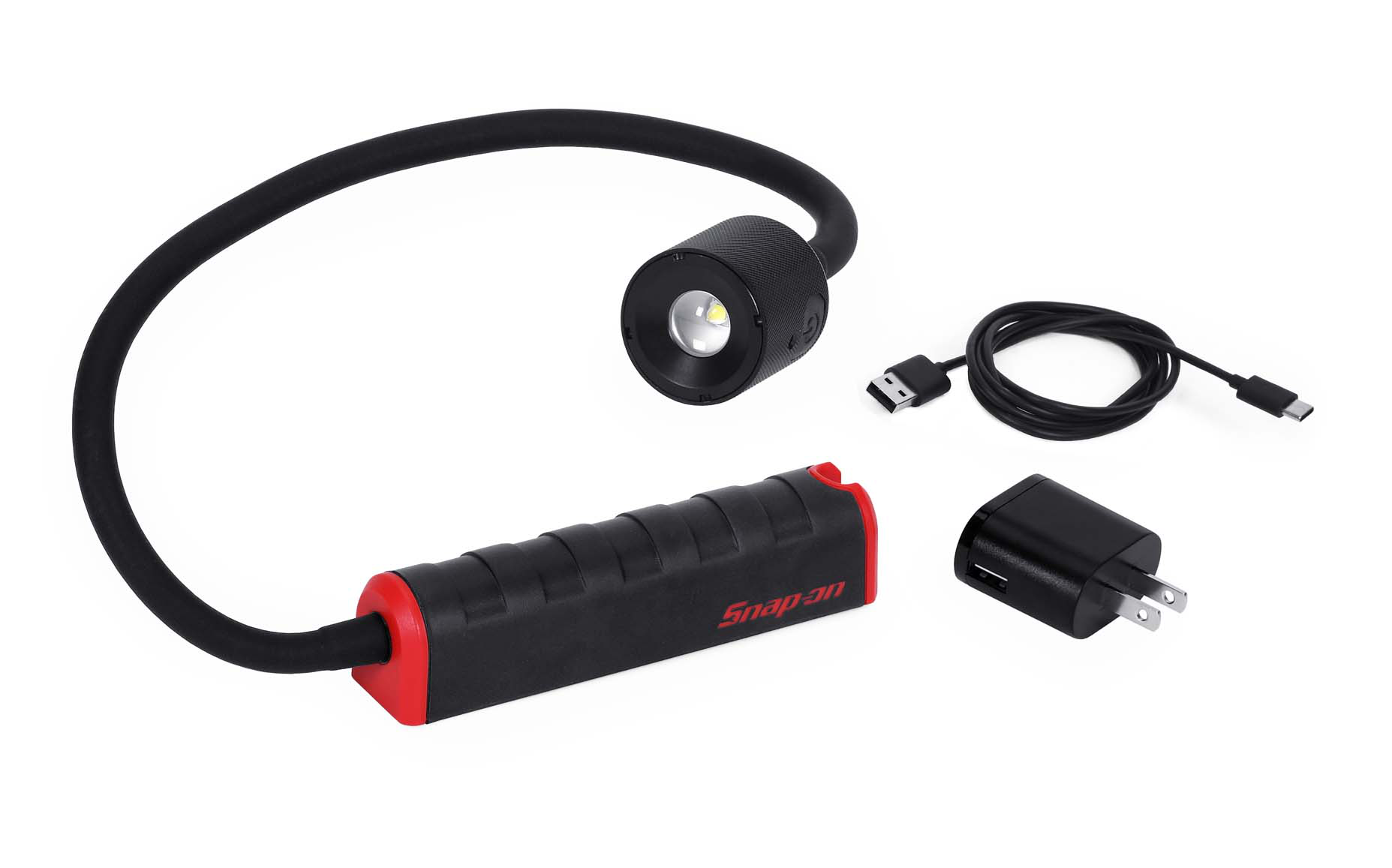 Snap-on’s LED 300 Lumen Articulating Detail Light (model no. ECSPA032) is engineered to produce up to 300 lumens and is supported by an 18-inch neck for numerous angle adjustments and maximum visibility in tight workspaces. The flexible over-mold format helps facilitate a comfortable grip during lengthy work, and when a job requires both hands, technicians can use the strong magnets at the base to adhere to any metal surface. The rear clip is designed for looping the neck around and locking it into place for a four-hour run time at its highest setting and 20 hours at its lowest depending on the variable brightness switch, which includes a memory function. The light is built to resist water and dust infiltration and is recharged via its USB cable.

Winter Challenges: Be alert. Be aware. Most of all, be prepared

View, sort and download the trucking industry’s most comprehensive ranking of for-hire carriers in North America, based on a blend of metrics including fleet size, annual revenue and number of drivers.
Get the free report