Me and The Job..
Uploaded by : Stephen D James I’ve been a trucker for abut 40 plus years. in 2014, I was diagnosed with Kidney Cancer. After the operation to have it removed, my wife and I drove by James Dick Aggregates in Brechin Ont.. We kind of looked at each other, and my wife asked if I would stop long hauls and stay closer to home for a while. To which I thought, I’ve never done dump truck work in my life, heck why not.
So I called the company and told them what I did and that I had never sat in a dump truck let alone operate one, and they said, Not a Problem. I went in for an interview, had 3 days training, ask If I felt comfortable running one on my own, which I did, and now 4 season later I love the job. I am Paid Well, Benefits are amazing, home every night, off on the weekends and enjoys the Long Weekend stints.
The picture is the truck I driver number 278 and with a Pup. I took it one day last year and because of the Racism stuff when I took the picture, it is why that still remains.
I have also started an organisation called " Canadian Skilled Truckers Alliance " in January 2018. And still working on different areas that I feel the CSTA can be of help for drivers. 1- is PTSD In Trucking for an example. 2- started today an awaiting a response, in repatriating families when drivers pass on in the states or another province. Whether by accident or health issues. It is not up and running it is just a Platform in the works.
Anyway, have a Great day and " Be Safe Always ".
Respectfully
Stephen D James
CSTA
Related Stories 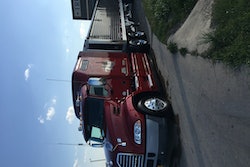 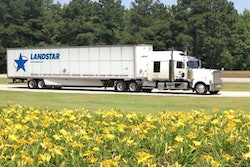 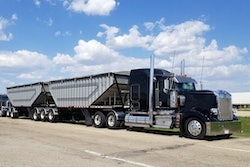 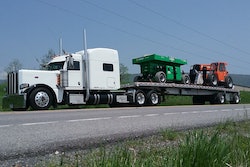 JLG Lifts to the Midwest