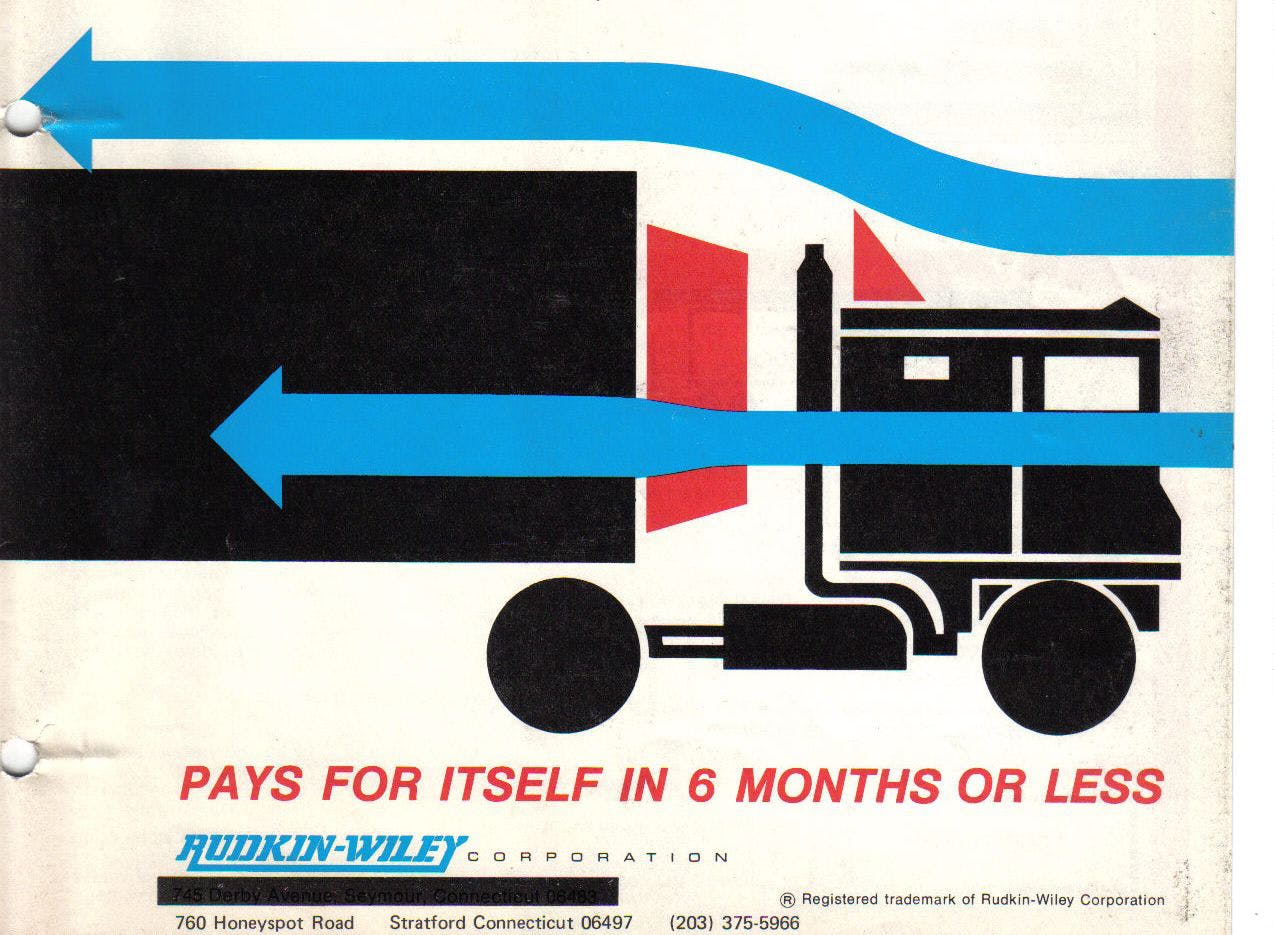 Another version of the Air-Shield combined a similar cab roof fairing with a device installed on the front of the trailer to guide air straight back from the cab and along the trailer sides.

While truck body designers had introduced strategic curves before the mid-‘60s, Rudkin-Wiley Corp. took aerodynamics a bit further when it brought out the first bolt-on aero device for trucks in 1965. The Air-Shield retro-fit mounted on the cab roof, guiding air over the top of the trailer, thus greatly reducing drag at highway speeds.

Ads claimed fuel savings of $200 to $1,600 per year (not bad in an era when fuel cost well under $1) and a drag reduction as high as 21 percent on cabovers. This reduced shifting and transmission wear and, in some applications, allowed use of a smaller engine for further fuel savings.

The device ultimately drove a revolution in cab aerodynamics in which Rudkin-Wiley played a part by providing tractor and trailer fairings. Rudkin-Wiley was renamed Airshield and is still in business as Star Composites, though it no longer makes truck aero devices. 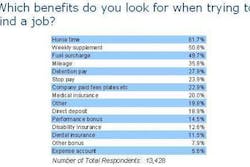