There has only been one “other woman” that has ever taken my trucker away from home, and her name is Taylor. Taylor is young, being born in 2000, yet she has been around the block a few million miles so far! When Clyde and I first started dated I thought it would be fun to tour the United States with him, so the dog, he and I set sail on my first maiden voyage, to New York City (being from a small town in Texas I thought I was high class!) This was a chance to see the open road, and for us to form a “close” relationship. A few weeks later, I realized that we were expecting a baby (not quite sure which state she was conceived in, but that didn’t matter) and we kept on truckin’! As the miles were put in our hip pockets, my waist line was growing, and the list of cities we had visited became longer and longer. You see I had never been in a semi, and actually was terrified, due to Terminator, but when out on the open road things seemed different. Don’t get me wrong, the close quarters were difficult. I had to add a portable toilet and a microwave, but that Peterbilt was our home. Now that our daughter is 3 years old, I don’t get to truck very often, but Taylor is good to Clyde, she keeps him safe, she keeps him trucking, but she always brings him home! I luv my trucker because no matter what he always chases those pretty white lines, but makes it home no matter what! 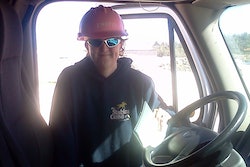 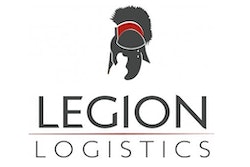 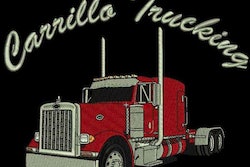