My trucker started trucking while still in high school hauling cattle and feed for his dad’s cattle business.  He also hauled watermelons before we were married in August of 1956.

My trucker bought our first truck in February 1958, 18 months after we were married. For only having a high school education he has provided very well for our family thru the years, and now in his retirement years, he still enjoys trucking. Due to some health challenges, at the present time I stay home, do the paper work and find the loads for him to haul.

After our children graduated and moved away, I was able to truck with him, giving us opportunities to park our truck, rent a car and take mini vacations. My trucker has trucked in 49 of the 50 states but we have been to all 50. We have lots of stories we could tell; from when his truck went over a 25-foot embankment, catching on fire before it was stopped and he was in the sleeper, (which put us out of business and we had to start all over); to being able to drop our trailer and bob-tailing where ever a motor home could go.

At the present time he is pulling a flatbed trailer which he really likes the best because of the people that he deals with when he’s loading and unloading. Over the years, he has hauled just about everything: produce, (including going into Hunt’s Point Market in the Bronx,) frozen foods, cattle, hides,  air freight, Well-head for Arco, delivered to Fairbanks, Alaska, to be shipped to Prudhoe Bay on the north slope; general freight of all kinds including one whole trailer load of nothing but bubble gum. (We unloaded it and the closer you got to the nose of the trailer the worse it stank!)

I’m looking forward to my health challenges being over with so that I can once again go on trips with my wonderful, loving trucker and we can make many more mini-vacations.  There’s a lot to see from the interstate highways but you can see so much more on the back roads and you’re not in a hurry to pick-up or deliver a load! 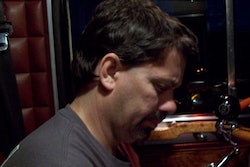 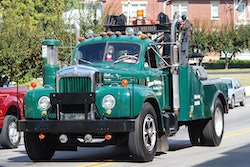