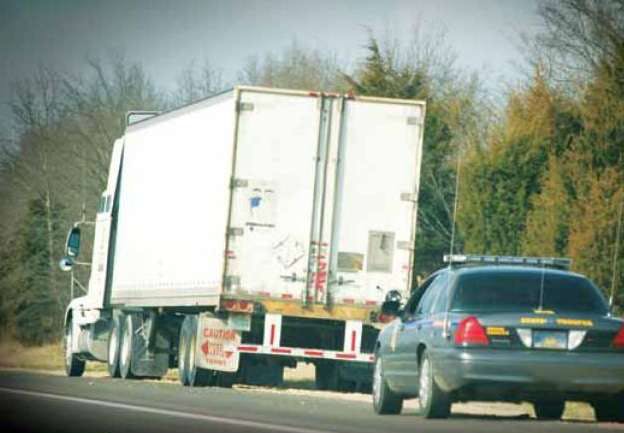 The courts have in recent years consistently sided with the DOT on cases regarding PSP information.

A now-six-year-old lawsuit brought by five truckers challenging the efficacy of the U.S. DOT’s Pre-Employment Screening Program reports has been mostly dismissed by a federal court. However, two drivers involved in the suit could be awarded damages for information contained with their PSP report, the court ruled.

At issue in the case were inaccuracies within drivers’ PSP reports, which carriers can access to make hiring decisions. The drivers argued their PSP reports contained false information that could have been damaging to their job prospects. For all five drivers, citations had been issued or criminal charges had been filed. In all five cases, the drivers fought the citations or charges in court and won. Despite adjudication and dismissal of the citations and charges, violations were still listed in the drivers’ PSP reports.

The driver plaintiffs in the case argued this violated their rights to due process and could make it more difficult for them to find jobs.

A carrier can opt to use PSP to screen a potential hire by submitting a consent form signed by the driver and paying a $10 fee. This release form informs potential employees they agree to allow the company access to the past five years of their crash data, the last three years of inspections and “serious safety violations for an individual driver.”

The Owner-Operator Independent Drivers Association filed the lawsuit on behalf of truckers Fred Weaver, Klint Mowrer, Mark Moody, Brian Kelley and Robert Lohmeier. The U.S. Supreme Court denied last summer to hear a similar case brought by OOIDA about information contained within drivers’ PSP reports. That lawsuit, Flock vs. DOT, claimed that PSP reports contained records of violations that shouldn’t have been included in the reports.

Most of the claims within the lawsuit about inaccuracies were dismissed by the D.C. Court of Appeals on January 12. However, the three judges overseeing the case said drivers Weaver and Mowrer could have “standing to seek damages,” and it has sent the ruling back to a lower court to determine what those damages will be. The case was heard and decided by judges Srikanth Srinivasan, Thomas Griffith and David Tatel.

At the time the lawsuit was filed, it was protocol for FMCSA to leave violations in place on PSP reports even if citations had been dismissed in court. FMCSA argued it had no system in place for states to remove such citations from drivers’ records after they’d been issued.

Two years after OOIDA and the drivers filed the suit, however, FMCSA took measures to fix the issue, directing states to remove violations or charges that had been dismissed. The court factored this move into its decision. “Any risk of future disclosure of inaccurate information has been virtually eliminated,” the judges wrote.

The D.C. appellate court judges said three of the drivers could not prove they were harmed by the inaccurate information in their report, or even that the reports had been used by carriers or other third parties. “The mere existence of inaccurate information in the [DOT’s] database” did not cause them to “suffer concrete injury,” the court said. “Inspection data remains available for only three years after the relevant inspection and all of their disputed violations occurred more than three years ago,” the judges added. “[OOIDA] has offered no evidence that any other member faces a risk of dissemination.”

Reports for Mowrer and Weaver had been pulled by carriers, thereby entitling them to seek damages, the judges wrote in their January 12 decision.

–Jill Dunn contributed to this report. 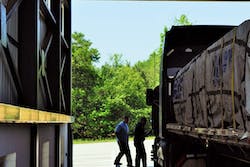 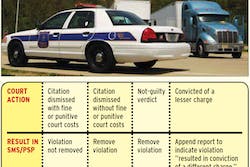 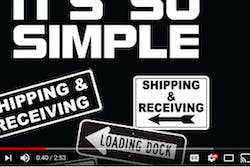 Watch: Indiana Jack Trucker asks — ‘Where are the shipping and receiving signs?’