The U.S. DOT has proposed changes to federal hours of service regulations for truck operators that would, among other changes, allow drivers to pause their 14-hour clock for up to three consecutive hours and go off-duty in that time period, extending their on-duty window by the same amount.

Drivers would be required to take a 10-hour off-duty break at the conclusion of their 14 on-duty hours after using the proposed pause option. The break must be at least 30 minutes long, under the proposal. Also, the 11-hour drive-time limit for an on-duty shift will remain. Allowing drivers to pause the 14-hour clock would help them avoid peak traffic hours, weather events and help “mitigate the effect … of long detention times,” according to notes within the proposal, which was announced Wednesday by the Federal Motor Carrier Safety Administration.

Ray Martinez, administrator of FMCSA, says he expects the notice of proposed rulemaking to be published Monday, Aug. 19, in the Federal Register. Drivers and the public at large will have 45 days to file comments on the rule, and the agency will consider the comments in crafting a final HOS rule. A final rule will likely take months, if not a year or longer, to be finalized and published in the Federal Register. Once published, the final rule likely won’t take effect for another year or more. Martinez said he couldn’t provide a timeline as to when a final rule would be crafted and, more importantly, when it might take effect.

He encouraged drivers to comment on the proposal to help guide the agency in crafting its final rule. He also touted the proposal as one that provides flexibility while maintaining safety. “We put forward a proposal that retools current hours of service regulations so that drivers can have the flexibility they need to complete their work efficiently while promoting highest level of safety on America’s roadways,” he said Wednesday in a conference call with the press.

He said the proposal is meant to address the common refrain from drivers that they “race the [14-hour] clock.” The proposal “puts the power back in the hands of drivers,” Martinez said, in regards to managing their daily schedule.

Though the proposal didn’t mark a return to wider options for splitting of on-duty and off-duty time that were available prior to institution of the 14-hour rule, the agency did address some of the rigidity in the rule via the proposed option to go off-duty for as little as 30 minutes or as long as three hours. That option closely resembles a recommended change put forward in a petition by the Owner-Operator Independent Drivers Association filed last year.

The agency has proposed a slight revision of the allowed split-sleeper berth options, which would allow drivers to split their off-duty sleeper berth time into two periods of seven hours and three hours, similar to the eight-hour, two-hour split allowed under current regulations. A significant difference, too, is summarized in the proposed rule’s opening text: “Neither period would count against the driver’s 14-hour driving window,” unlike the shorter of the split periods under existing rules.

This change would be in addition to the proposal to allow drivers to pause their 14-hour clock up to three hours at any time with a 10-hour break after.

FMCSA has also proposed changes to the required 30-minute break. Though the agency intends to keep the 30-minute break required in current hours of service regulations, the agency has proposed slight changes to when drivers must take it. Instead of requiring the break in the first eight hours of on-duty time, the agency has proposed requiring the break within the first eight hours of drive time, offering drivers more flexibility in its use. Significantly, rather than a required off-duty break, the agency proposes that it can be on-duty not-driving time.

Lastly the agency has floated two other proposed changes: (1) Allowing drivers to extend their 14-hour on-duty period by up to two hours in the event of adverse conditions, such as weather or congestion, and (2) extending the allowed on-duty period for short-haul drivers from 12 hours to 14 hours, and extending the short-haul radius from 100 air miles to 150 air miles. Drivers under the short-haul exemption aren’t required to keep records of duty status.

These are the first significant changes to hours of service proposed since 2011. Those 2011-proposed regs took effect in 2013, though the bulk of those changes were later struck by Congress.

The agency began seeking feedback on potential hours of service changes last August and filed its proposal to the White House’s OMB in March, following calls for change as the electronic logging device mandate’s first enforcement deadline in late-2017 approached and came to pass. The changes followed extended rounds of discussion with individual truck owners and drivers, driver and carrier groups and other industry stakeholders. Including more informal meetings, those discussions were supplemented by a series of listening sessions conducted through 2018 at various industry events and in other venues around the country. 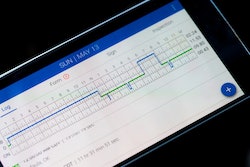