A Lone Star special: 2/3 off on new toll road

The Texas DOT is offering you quite a deal – two-thirds off the truck rate on its newest toll road, SH 130, for 12 months. This is the road that got so much publicity last year for having the nation’s highest speed limit, 85 mph.

The road’s intent is to provide relief for a highly congested part of I-35 between Austin and San Antonio.

Though the announcement doesn’t say so, presumably not enough truckers have rushed to do their civic duty of alleviating traffic for everyone else by jumping on this alternate route and paying the toll.

However, some did make the switch, thanks to a month-long discount that ended March 3, in which truckers were charged the car toll rate. “During that time, truck traffic on SH 130 segments 1-4 and SH 45 SE increased about 50 percent over last year,” TXDOT says.

Perhaps TXDOT underestimated the potential roadblocks to getting truckers on SH 130.

One is that for many big fleets’ drivers, with trucks governed around 65 mph, there is no time to be gained by an 85 mph limit. And those who aren’t governed, including many owner-operators, have enough sense not to run at such speeds because it burns too much fuel.

Furthermore, the speed limit creates a spread of 20 mph or more between trucks and every other vehicle on SH 130.

“That’s a safety concern that companies don’t like to put themselves in the middle of,” John Esparza, president and CEO of the Texas Motor Transportation Association, told me last fall, shortly before the final section of SH 130 opened.

TXDOT says it is “reducing tolls for an entire year for trucks on State Highway 130 segments 1-6 and State Highway 45SE,” subject to final approval this month. It would take effect April 1.

TXDOT has published the new toll schedule, should you want to check the exact rates point to point. 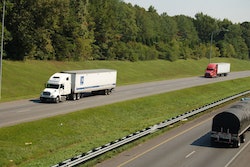 LaHood’s right — Sequester’s dumb, and we’re doing nothing for our kids 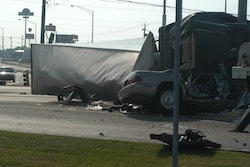 Taking charge of your own EOBR data