There’s nothing new about cargo theft. What is relatively new — especially fast-growing in the past four years or so — is the method of posing as a trucker to pick up freight at a shipper.

In fact, experts say it will become the dominant type of cargo theft, says Roxana Hegeman, writing for Associated Press

Overdrive also reported on cargo theft in depth in 2010.

As our stories and the AP story make clear, the depth of information online is making cargo theft much easier and more precise. Thieves can learn where manufacturers of prime black markets goods, such as pharmaceuticals, electronics and food, are located. By visiting load boards, they can learn about current loads. More recently, with the rise of social media, they can occasionally learn details of a load if a trucker is too careless with sharing information.

The internet also makes possible one of the main ploys in fictitious pickups, as Hegeman describes:

“Thieves assume the identity of a trucking company, often by reactivating a dormant Department of Transportation carrier number from a government website for as little as $300. That lets them pretend to be a long-established firm with a seemingly good safety record. The fraud often includes paperwork such as insurance policies, fake driver’s licenses and other documents.

“Then the con artists offer low bids to freight brokers who handle shipping for numerous companies. When the truckers show up at a company, everything seems legitimate. But once driven away, the goods are never seen again.” 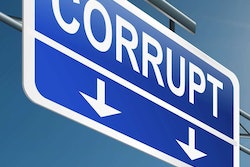 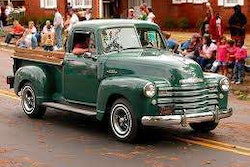