Highway bill: So much, yet too little

There’s been a lot to follow with the recent passage of a $305 billion, five-year transportation funding bill. As our stories this month have explained, the measure reforms the Compliance, Safety, Accountability program and addresses much more of importance to trucking.

Within our industry, those topics have outshone the one problem that’s had Congress passing funding patches since 2008: how to keep Highway Trust Fund coffers supplied year after year.

Due to factors such as inflation and improved engine efficiency, the HTF’s main revenue source, the federal fuels tax, brings in only $34 billion a year toward transportation spending of $50 billion. Many studies have documented mounting infrastructure needs. That means more congestion, potholes and dangerous bridges.

The last increase in the federal fuels tax was in 1993, when 60 cents would buy what costs a dollar today. During these two decades of negligence by Congress, some states have tried to make up the funding shortfall or encouraged privately developed toll roads and bridges. Other states have done nothing. Piecemeal state efforts aren’t enough to maintain a highly integrated network of national highways.

Many inside and outside of trucking have lobbied for user-based tax reform to keep the HTF out of the emergency room every few years. With fuel prices so low, there’s been an excellent opportunity for politicians to incur much less political fallout from the thankless task of raising the federal gasoline (18.4 cents/gallon) and diesel (24.4 cents/gallon) taxes, or at least indexing the rates to inflation or finding another system in lieu of the problematic fixed cents-per-gallon.

Instead, the new bill draws upon these sources (in descending order of amounts) to make up the $80 billion shortfall over five years: raiding the Federal Reserve, selling crude oil from the national reserve, increasing Customs Services user fees, privatizing certain tax collection activities and other sources. Only a minor one, lifting the caps on penalties for motor vehicle safety violations, is related to transportation.

The new bill did nothing to create stable user-based funding that would make our infrastructure program self-sustaining. A Heritage Foundation analysis concludes “the HTF will be close to exhaustion in 2021 and will require an even larger bailout to maintain its new levels of higher spending.”

Congress and the president get credit for passing a bill covering five years and a lot of bases. They get no credit for stuffing a grab bag full of diverse revenue streams and pretending to make ends meet. 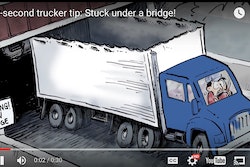 Stuck under an overpass! 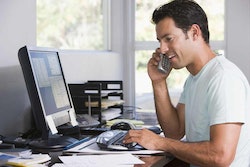