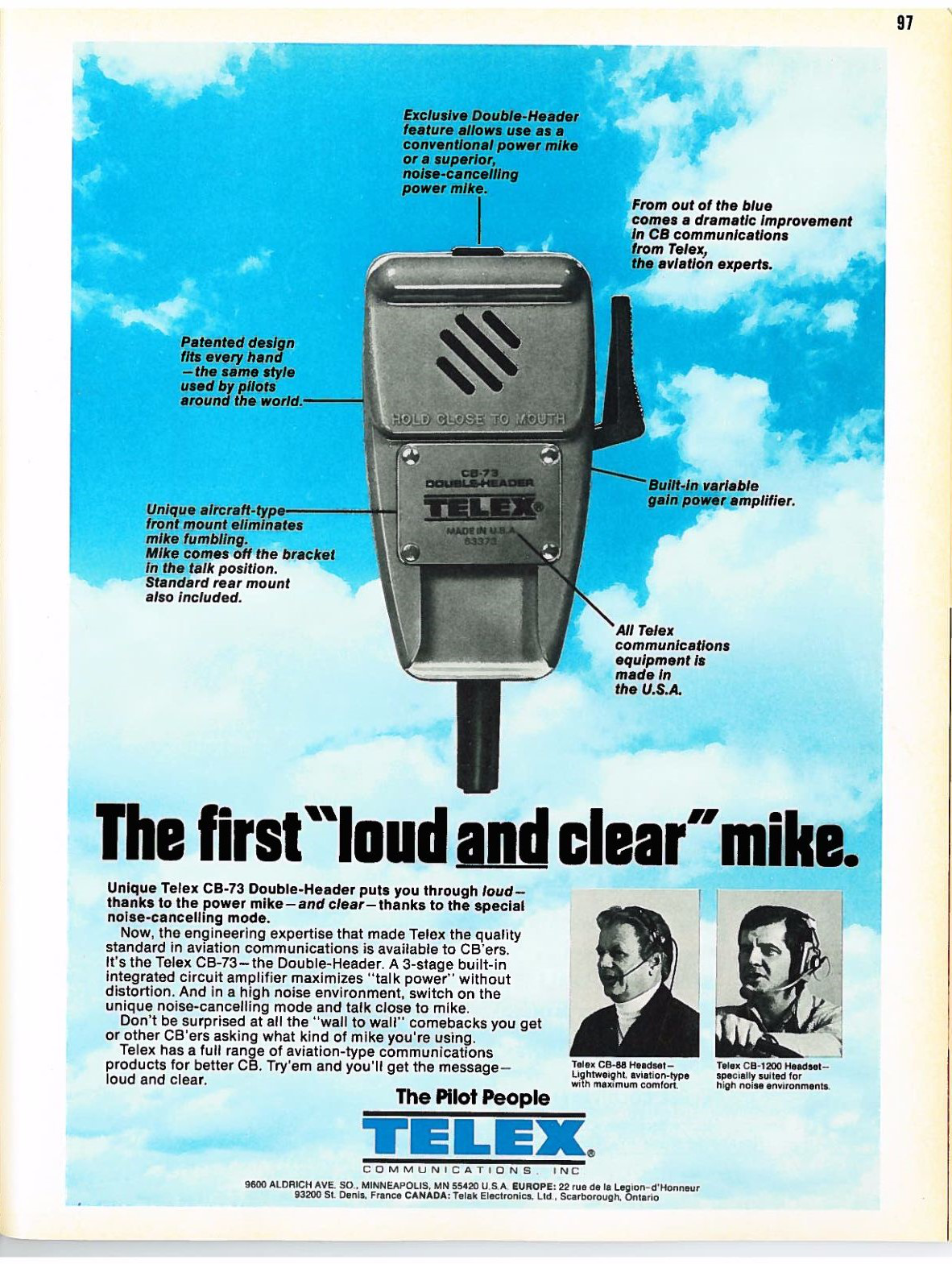 An ad for a Telex CB microphone in the October 1976 issue of Overdrive.

Citizens Band radios still grace the cabs of most trucks on U.S. highways, but their popularity and necessity have waned dramatically since the national CB heyday of the 1970s, even for truckers.

Befitting the CB’s repute of the era, Overdrive each month in the late 1970s published an entire section devoted to CBs, associated equipment, articles about truckers using CBs to chase on-the-run criminals and more. The section also featured advertisements for the latest CB radios and gear.

The section also housed write-ups on police radar detectors and how truckers could avoid getting busted using one, as many states were in the process of outlawing the devices and punishing offenders caught employing them.

The monthly CB section also teased Overdrive’s Cross-Country CB’ers club, which was founded in the early 1970s and preceded the magazine’s CB section by a few years. Members would receive colorful decals for their truck, cloth patches, a U.S. highway map of CB channels used by truckers throughout the country and specially ordered calling cards with their name and CB handle. A mail-in application was included in each issue of Overdrive.

“Not intended as a nationwide ‘gab’ fest or social club,” wrote Overdrive editors in their CB club promo, “the organization is designed to help truckers get their job done, in safety, with minimum hassle. 10-4?” 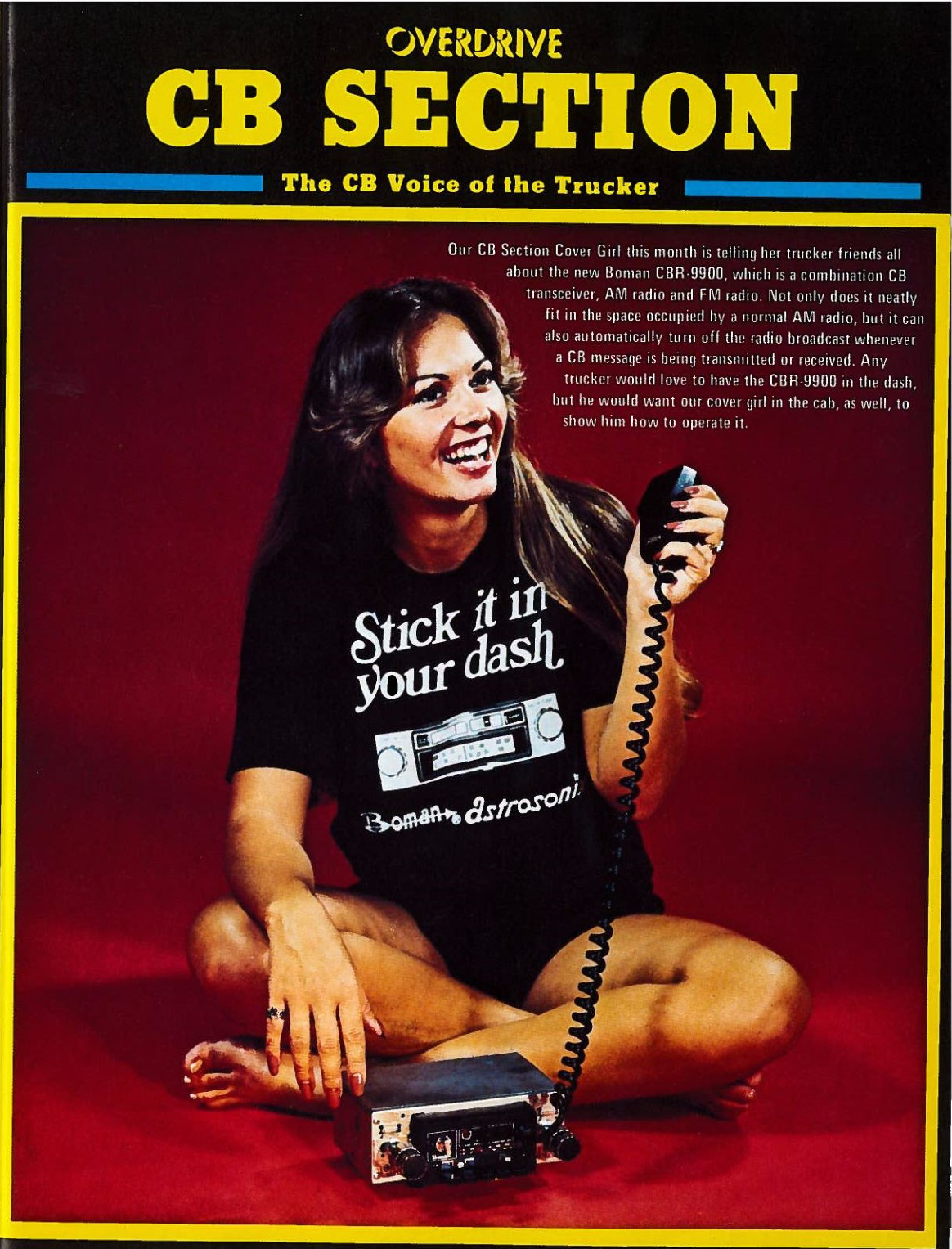 Overdrive’s CB section’s intro page usually featured a model posing with a CB, such as this one in a late 1970s issue of Overdrive. 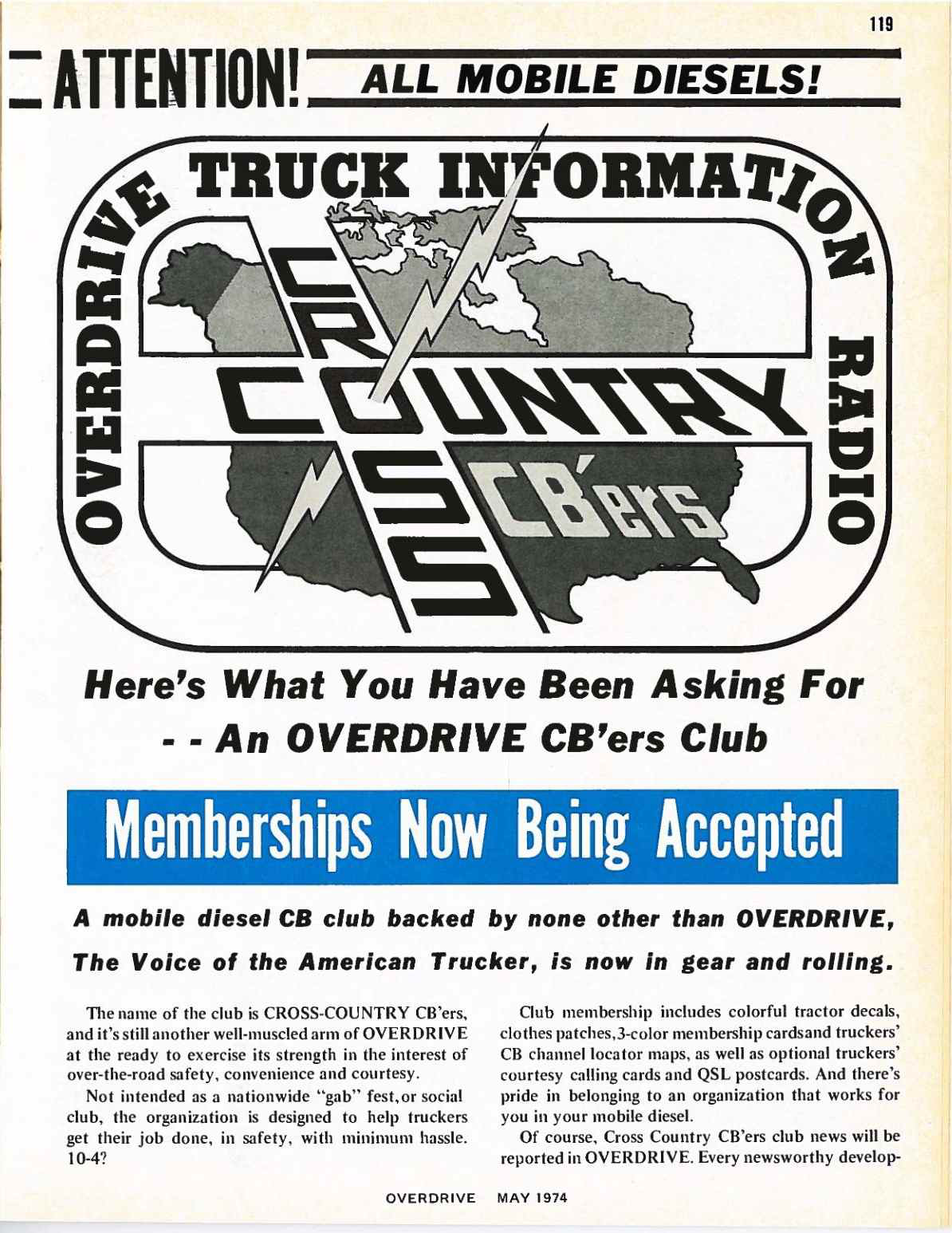 A plug for Overdrive’s Cross-Country CB’ers club in a 1974 issue of Overdrive. 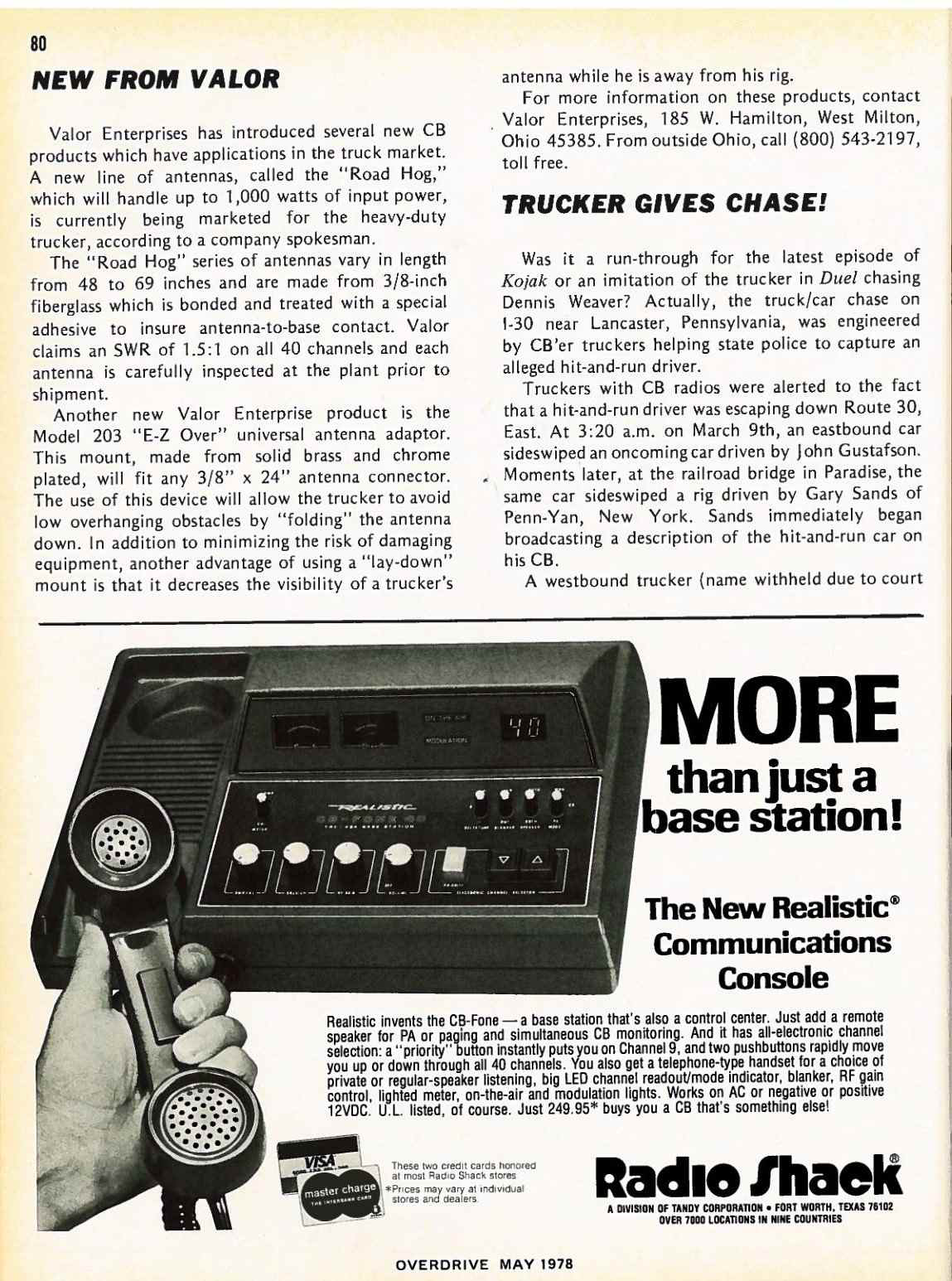 The monthly CB section, a staple in the late 1970s editions of Overdrive, featured not only plugs for new products, but also stories about truckers coming to the rescue after being alerted to a situation via CB, like this one from the May 1976 issue. 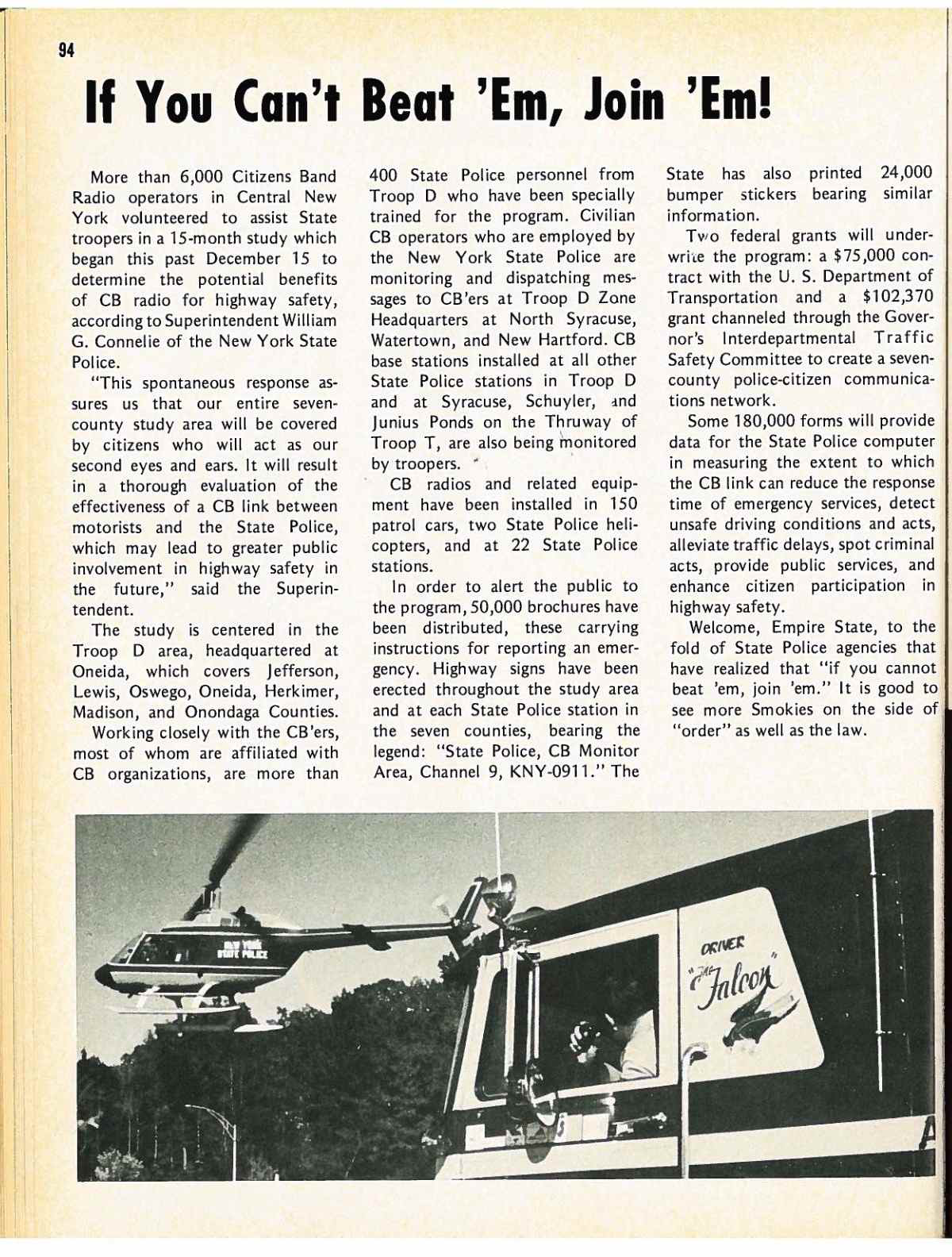 A look at the CB section from the April 1977 edition of Overdrive.
Read Next 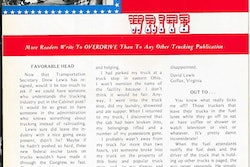 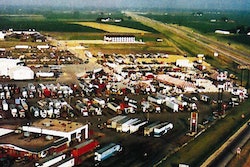 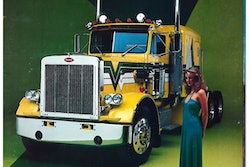