‘We drive on’: A week in the pandemic, from truck stops, picks and drops, to home 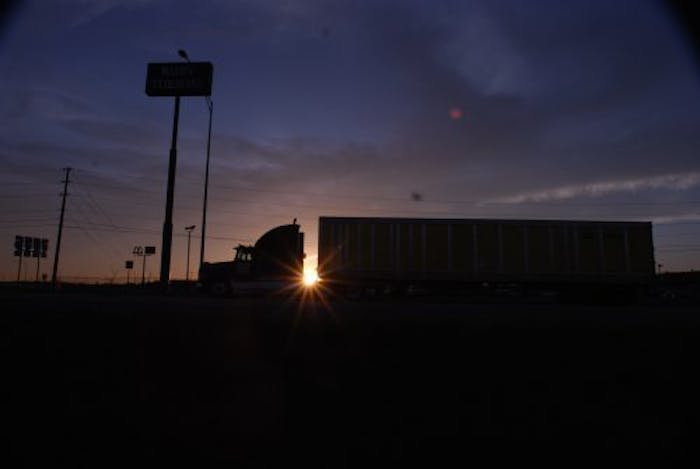 At a fuel stop in Southern Michigan, stopping to weigh, I push the communal button at a CAT Scale, and wait.

It’s 9 p.m. Normally the stop would be pretty full by now. More than half the parking spaces here are vacant.

After a few seconds, a weary cashier responds. “First weigh or reweigh?”

“I have your weight.”

You know the drill.

By now realizing my transgression, I get parked up and make a beeline for the restroom. Tonight, at least, there is soap in one of the dispensers. I scrub my hands like an Army surgeon, like Lady Macbeth, like a 60-year-old working stiff with lungs shot from seven bouts of pneumonia. A middle-aged woman places my scale ticket and change on the counter, deftly avoiding the reach of my hand, says thank you, and looks away.

Who could blame her? I head out and push north to Livonia. For the first time in my digitally distracted head, it registers — this thing is on.

In the tea leaves of the truck stop, much can be read. During the Great Recession, one of my oldest friends out here, a Kentucky-born driver who we’ll just call Lone Ranger, could predict with stunning accuracy how much the stock market would fall by the number of empty parking spaces at the Dalton, Ga., Pilot , Exit 326. He pulled this off two or three times, ever mindful of his once-flush 401K.

He called me one morning while he was on his way to Florida. “There was 80 percent of the parking spaces empty at the 326 last night. We’re gonna’ drop 800 points come Monday. Mark my words!”

Sure enough, I’d tune into the radio on Monday afternoon. “The Dow Jones Industrial Average fell 821 points today amidst concerns of…” After a while, though, he quit predicting, and we all hunkered down for what was to come. While I don’t recommend you begin short-selling stocks based upon the Lone Ranger Truck Stop Vacancy Index, I do know it’s probably never a good idea to underestimate any ol’ boy from Kentucky, or to touch communal buttons at fuel stops these days without washing your hands.

Still, as weird as things are getting out here for us, consider the plight of our Chinese counterparts. As of March 4, according to the Wall Street Journal, a huge portion of China’s 30 million truckers were either locked down at home or quarantined somewhere on the road as government there mounted a huge effort to contain effect of the virus. One can only try to imagine the financial and relational toll on their spouses and families.

Still, it’s difficult to find any folksy index on how COVID-19 will play out here, despite the impulse to prognosticate in the face of panic. What I’ve seen and heard so far better resembles the first two of Elizabeth Kübler-Ross’ five stages of grief — denial and anger, especially for anyone who would view all this through a purely political lens.

At a Michigan warehouse, a group of daycabbers were clustered up last week, opining, while I was waiting on my paperwork. There is nothing else now out here that anyone seems to be talking about. This is the OJ trial squared, if not cubed; ubiquitous as Christmas music on Black Friday; the topic you’re tired of but can’t stop thinking about. A driver in biker boots with a crew cut and a long beard interjected, “All this is, is them trying to take down Trump. ‘Cause he don’t take none of their [you know what, rhymes with ‘it’].”

Well, evidently, they must have missed, because later that same day it was announced that Sophie Grégoire Trudeau, the Canadian equivalent of the U.S. first lady, had tested positive for the virus.

Still, the five stages of grief? “Come on, man!” you may say. Regardless of the virus, one thing that eventually dies in all of us is the notion of our own indestructibility, biker boots notwithstanding. One day you’re young, wild and free. Then you wake up and you’re 50, working in a Michigan fuel stop, praying some grubby-handed trucker doesn’t breathe a pandemic upon you. So what’s a $700 billion dollar industry to do?

For now, at least, in the words of Bill Weaver, “we drive on.” A veteran trucker called the Sirius XM Road Dog show host Mark Willis (my favorite interviewer on the network) and gave a simple piece of practical advice — well worthy of print, I’d say, to his fellow drivers — “Carry your own pen.”

For me, yet more adjustments are warranted. I’m going to boost my 401K contribution to as high as we can stand.

I told my wife we were going to have to start practicing social distancing at the house. That was a tough one. You never know what I might be carrying home, dear. Never thought I’d get away with a statement like that.

Now, I’m carrying bars and bars of my own soap, in addition to the hand sanitizer I always carry. I’m avoiding communal surfaces whenever possible. I’m going to break down and get that CAT Scale app again. I had it on an older device, and was procrastinating to put it back on. What are you doing? 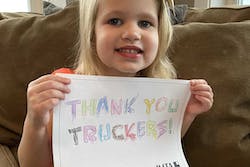 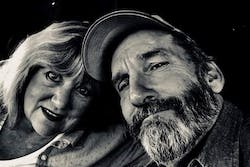 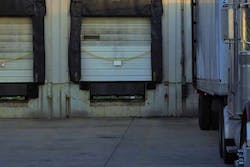 Week two amid the outbreak: The little things we lean on in the face of the unknown 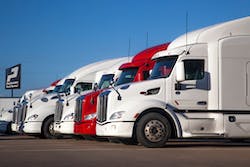