Listen: The Channel One-Nine Special from ‘Over the Road’ — CB handles

Previously in the Over the Road podcast series: Episode 1 -- The biggest tailgate in trucking

Today begins a special series of off-week mini-episodes from the Over the Road podcast crew. The Channel One-Nine Special attempts to provide answers to questions about trucking from listeners outside the business by consulting with the professionals. For this first episode, though, Overdrive Senior Editor Todd Dills reached back to an owner-operator who’s been a past Trucker of the Year in Mike “Mustang” Crawford, for a little tour through some of the social and practical aspects of culture around, and use of, the citizens band radio through the years.

Along the way, Crawford tells the story of how he got his CB handle (according to Crawford, like a good nickname, a CB handle meant to last is rarely something you give yourself). It involves a wild horse named “Norman” from his days on a Colorado ranch some decades ago. After having been leased to Prime, owner-operator Crawford has been hauling for many years now with his authority and working almost exclusively with the carrier’s brokerage arm.

Listen via the embedded Spotify player above or via your podcast streaming app of choice (find several options at the bottom of the Over the Road page at the link). 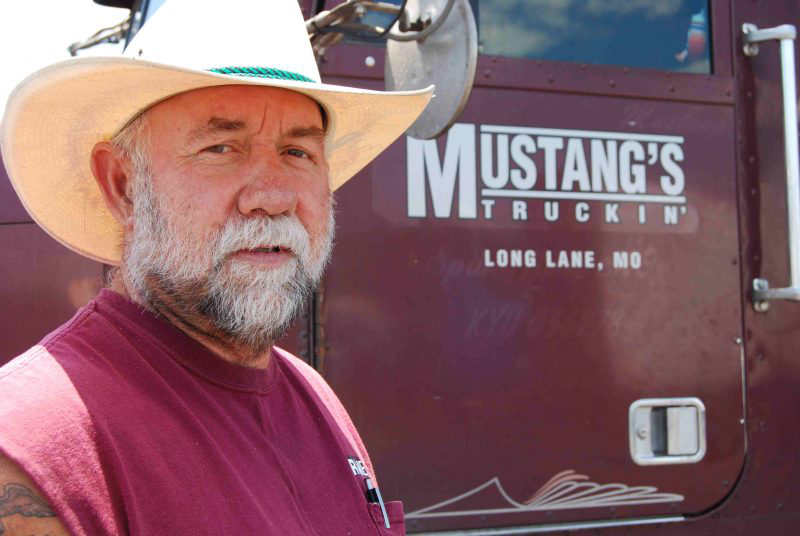 Mike “Mustang” Crawford of Long Lane, Mo., has hauled for decades now in the same 1994 Freightliner that marked his maiden voyage as an owner-operator.

Next up on Over the Road: Episode 2 -- Why we drive