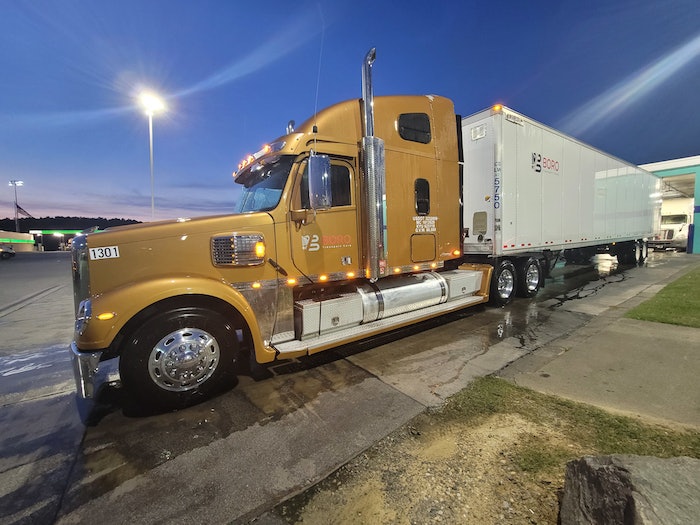 Apostol J. Boro, who owns Boro Transport Co. with his brother, runs this 2013 Freightliner Coronado, which he says is one of his favorite trucks because it's great on fuel with the work they do. The truck is powered by a 60 Series Detroit with a 13-speed and 3:42 rears. It sits on a 260-inch wheelbase and features air ride all around, an APU and refrigerator. Boro started out as a company driver before getting his authority with his brother and growing their company. He's been in trucking for four years and says he wishes he could have gotten his CDL sooner. The company started out hauling refrigerated goods, but they now focus mostly on general dry freight. They operate in all 48 states, but they prefer to run the East Coast.