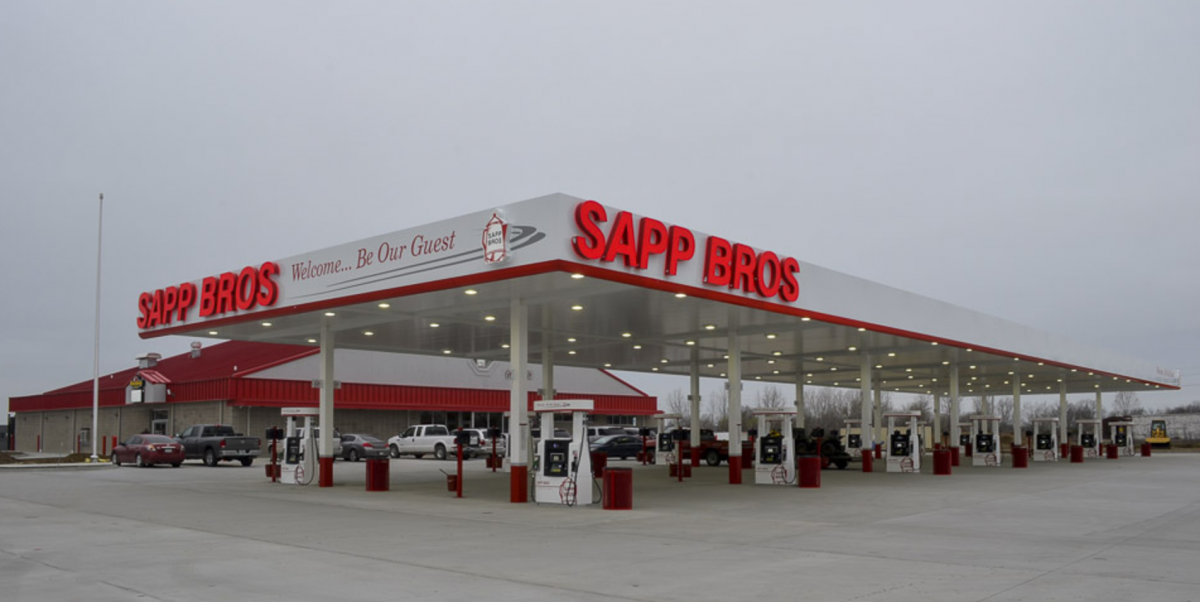 Sapp Bros. has opened a new location in Harrisonville, Mo., and will hold a Grand Opening on June 8.

Earlier this year, Sapp Bros. opened a new travel center in Harrisonville, Mo., the company’s 17th location and its first in Missouri.

The new store is located off of I-49 at exit 157. Sapp Bros. says it is the largest location in the company. The store features a Dunkin Donuts restaurant with a drive-thru, an Apple Barrel restaurant, five showers, scales, a truck repair center and more.