The Young And The Reckless

2 FAST FOR THEIR OWN GOOD

The recent drag-racing movie 2 Fast 2 Furious, which targets a teen audience, is getting some backlash for causing a string of drag-racing deaths.

The National Highway Traffic Safety Administration says that connecting fatal crashes to drag racing is difficult, but the year the first Fast and Furious movie came out, at least 135 people died in accidents from possible races – almost twice as many as the year before.

William Lacasse Jr. died in Miami on June 6 in an accident blamed on the release of the movie. Lacasse was pulling out of a gas station in his mother’s Corvette when two cars flashed their lights to challenge him to a race. The 17-year-old floored it and crashed into a concrete light pole.

In California, a 15-year-old boy playing basketball outside his home was mowed down by a 13-year-old drag racer. The California Highway Patrol has arrested cars for racing at more than 120 mph on I-280 in the San Francisco Bay area. Inside one car were ticket stubs for 2 Fast 2 Furious.

The RASR program is being tested in some driver’s education classrooms. It addresses the realities of street racing with a graphic video and lessons about laws. Some racetracks around the country are trying to deter illegal racing by letting young drivers race their cars on the tracks.

How often do you put your life in the hands of an inexperienced driver who enjoys watching the demolition-style antics of Johnny Knoxville on MTV’s “Jackass” or who bobs his head to Eminem at a chest-pounding volume that drowns out all traffic sounds?

With about 4 million 16-year-olds in this country, you probably do it every day.

As truckers’ rate of involvement in fatal wrecks continues to drop, younger drivers are having fatal accidents more frequently. While truckers must submit to increasingly strict licensing and enforcement controls, some states have done little or nothing to enact measures known to reduce teen fatality rates.

Younger driver-related fatalities rose 2 percent in 2002 to 8,984 – well above the comparable level in truck accidents. In 2002, truck-related fatalities dropped 4.2 percent, to 4,897. It was the fifth straight year of decline, despite increases in other highway deaths, according to the National Highway Traffic Safety Administration.

During those five years, the number of teenage drivers who died in car crashes climbed, a fact that doesn’t surprise truckers.

“A teenager will fly by you like a bat out of hell,” says Swift driver John Wyatt of Tallahassee, Fla. “They need to learn to pay attention and to watch what they’re doing.”

Studies show that lack of experience, combined with immaturity, is the main factor leading to the high number of teen fatalities on the road.

The institute, along with other safety organizations, endorses graduated driver license programs to help teenagers through the first year or two of driving, when they are more likely to have accidents.

GDL programs stress experience, preferably supervised. They teach teenagers that it takes only a few seconds of inattention or a few inches of miscalculation to lose control. The programs also address common teen driver problems: They are the least able to handle hazardous situations; they tend to drive more aggressively; they are easily distracted by loud music, food and cell phones; and in the worst cases, they use alcohol and drugs.

It’s speeding, often combined with other behaviors, that kills most teens. For example, a computer analysis of 60 fatal motor vehicle crashes involving drivers ages 14 to 19 in Knox County, Tenn., shows that speeding contributed to more than half of the wrecks. It was the second most frequent contributing factor next to running off the road or failing to stay in the proper lane. More than half the wrecks were single-vehicle crashes.

That was the case in Glenwood, Colo., in July when 18-year-old Cody Brickell tried to pass two vehicles across a double-yellow line on a two-lane road and lost control. The car flipped four times and burst into flames. He was not wearing a seat belt.

GDL programs address poor driving by requiring teens to go through stages of training before getting full driving privileges. These stages can include driving supervised by a parent, nighttime driving restrictions and passenger restrictions.

Six states – Arizona, Montana, Nebraska, New Hampshire, Oklahoma and Wyoming – have no laws for any of four standard GDL provisions. The provisions, which are tracked by Advocates for Highway and Auto Safety, an alliance of consumer, safety and insurance groups, are six-month holding periods, 30-50 hours of supervised driving, nighttime restrictions and passenger restrictions. Many other states have only one or two of the provisions.

Many of the almost 40 states that have defined GDL programs have seen significant safety improvements. The National Highway Traffic Safety Administration’s preliminary conclusions on the effectiveness of GDL programs in four states found that they reduced accident rates as much as 83 percent.

Other states are moving in this direction. New York’s GDL program for teen drivers took effect Sept. 1. “In New York, injury crashes of drivers ages 16 to 17 are more than double that of 18 and older,” says Jennifer Morris, spokesperson for New York State’s Department of Motor Vehicles. “We hope that number will significantly decrease with the new program in place.”

Starting Sept. 13, Maine will have a new GDL system that has three steps instead of the existing two. The new law will include provisions for cell phone use, license suspension upon violations and passenger limitations. Maine loses one young person a week to motor vehicle crashes.

Private initiatives have joined the effort to improve teen highway safety. Earlier this year, Ashley Biersach, a teenage survivor of an accident in which two of her friends died and she lost a leg, teamed up with the non-profit driver education program Driver’s Edge and Bridgestone/Firestone North American Tire. The program enables her to share her safe-driving message with other teens.

Parents, too, can take steps to improve their teens’ driving. For example, Road Safety International’s SafeForce, a $280 black box, monitors the car’s speed, seat belt use and tire traction and growls warnings when the driver is going too fast or turning too hard. Parents can check the box later and see just how fast their teenager was driving.

Many services allow parents, for a fee, to put a bumper sticker on the car that asks other drivers to use a toll-free number to report bad driving. And drug stores carry alcohol test kits that suspicious parents can use to verify teen drinking.

Such initiatives may help make teens safer drivers, but ultimately teens, as well as other four-wheelers, need more training, especially to share the road with trucks, truckers say.

“They’ll cut right in front of you and slam on the brakes,” says Richard Graham, an owner-operator leased to Prime. “They should all have to go to truck driving school.”

Training is the obvious hole in a system that stresses regulations so much, says Todd Spencer, executive vice president of the Owner-Operator Independent Drivers Association.

“As a society, we make a decision that it’s appropriate for schools to teach kids about sex, to teach them about drugs,” he says, “but we make no special effort to make sure kids know how to drive cars safely and don’t kill themselves.”

Graduated driver license programs work because they address one or more factors known to make teens the worst drivers: inexperience, nighttime driving and additional teen passengers. Here are the statistics:

EXPERIENCE/SUPERVISION. Crash rates are the highest among teenagers immediately after they get their full-privilege licenses and begin driving without supervision. The risk of a crash during the first month of licensure is substantially higher than during any of the next 11 months. The likelihood of a citation is also higher during the first month. By the time beginners have been driving unsupervised for six months, their crash rates are 40 percent lower than when they first got their licenses, according to the Insurance Institute for Highway Safety.

PASSENGERS. Add one young passenger to the car, and a 16-year-old driver faces a 39 percent higher risk of dying behind the wheel, according to a Johns Hopkins University study. That increases to 86 percent with two passengers. When there are three or more passengers, 16- and 17-year-olds roughly triple their risk of becoming a crash fatality.

NIGHTTIME. The rate of nighttime fatal crashes for 16- to 19-year-old male drivers was about four times the rate for 30- to 54-year-old males. The corresponding comparison for females is more than three times the rate, based on 1995-1996 statistics, according to the IIHS. Less than 4 percent of the miles driven by 16- and 17-year-olds nationally occur between midnight and 5 a.m., but 13 percent of the fatal teen crashes take place between these hours.

The GDL program is designed to phase young beginning drivers to full driving privileges through three stages: supervised learner’s period; intermediate license limiting unsupervised driving in high-risk situations; and then a license with full privileges. Key elements of the intermediate stage include limits on late-night unsupervised driving and transporting teen passengers. Certification that a learner’s permit holder has driven a minimum number of supervised hours is also an important part of the program. Many states have included license suspension penalties and seat-belt-use provisions in their programs. 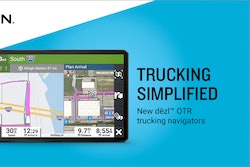