News From The Fleets

KNIGHT TO OPEN REFRIGERATED OPERATION
Knight Transportation has created Knight Refrigerated to offer a temperature-controlled truckload service as a separate business. It will open the refrigerated operation in Phoenix with 50 trucks in the third quarter of 2004. The Phoenix-based carrier expects to open additional regional reefer operations.

JEVIC WINS SAFETY AWARD
Jevic Transportation has been ranked No. 1 in road safety by Pennsylvania. Jevic had the best safety performance of any carrier operating in the state, based on reportable accidents, out-of-service incidents, citations, injuries, fatalities and other statistics.

AWARDS & RECOGNITION
NATIONAL CARRIERS recognized Duane Leiker of Liberal, Kan., for his 31-year affiliation with the company. Leiker leases his operation to the Livestock Division.

STAR TRANSPORTATION honored Bill Clark for 20 years of accident-free driving by giving him a gold and diamond Bulova watch.

MultiMedia named Fred Steudle TRUCKER BUDDY OF THE MONTH for June. For nine years, Steudle has been writing Bev Biccum’s fifth grade class in his hometown of Calgary, Alberta. Steudle is a company driver for Heyl Truck Line in Akron, Ohio.

OVERNITE TRANSPORTATION driver Mark Asbury of Kansas City received top honors in the five-axle class at the Kansas State Truck Driving Championships. Asbury, a member of the company’s All-Star Road Team, also earned a state title in 2002 when he won the three-axle competition. 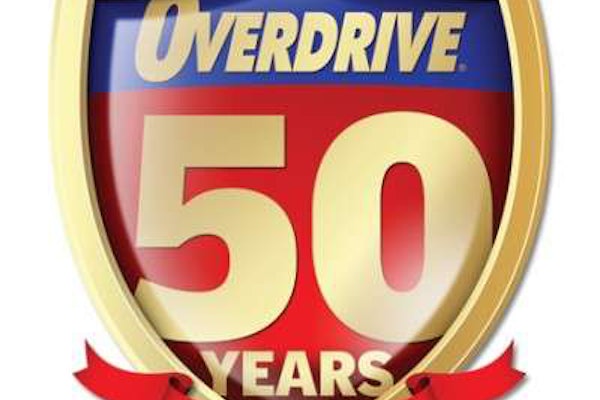 From fighting for enhanced freedom to haul in its early days to stressing smart business practices later, Overdrive has championed the owner-operator’s concerns.