A Georgia man pleaded guilty June 3 to three criminal charges for his role in a multimillion-dollar interstate cargo theft ring.

Smith pleaded guilty to a count of conspiracy; a count of buying, receiving and possessing goods stolen from an interstate cargo shipment; and a count of money laundering while taking part in the theft of $3 million in cargo over a four-year period.

According to court records, Smith and others over a 5-year period bought stolen goods and sold them through retail facilities he operated in warehouses in Georgia. 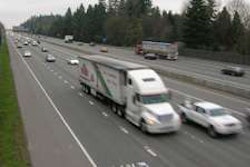