For former leased contractor Gary Boyer, the inability to find health insurance for his family wrecked his stint as an independent carrier.

“No insurance companies would touch me,” Boyer says. The reason was the pre-existing conditions of his son and daughter, 12 and 9, respectively. They take medications for diagnosed bipolar disorder and other conditions that cost Boyer and his wife, Mandy, upwards of $1,000 a month without insurance.

“As soon as they heard that,” Mandy says of insurers, “they basically just hung up.”

The Boyers’ situation is not unusual. Nearly 20 percent of all owner-operators have no health insurance, according to Overdrive research. Nationally, as many as 15 percent are uninsurable in the private, individual policy market due to a pre-existing condition like diabetes, high blood pressure or cancer.

For owner-operators in this group, help is on the way. Under the national health care reform bill passed this year, by 2014 it will be illegal for insurance companies to deny anyone coverage based on a medical condition. Until then, the bill seeks to address the long wait on pre-existing conditions by setting up a temporary nationwide high-risk pool (HRP) through which some uninsured people will be able to obtain benefits as early as this month.

The U.S. Department of Health and Human Services (HHS) began taking applications for coverage under the Pre-Existing Condition Insurance Plan July 1. To be eligible, a participant must be a citizen or other legal resident who has been without coverage for at least six months and who has a pre-existing condition that was cited by an insurance company to deny health insurance. Given the wide array of conditions insurers have used to deny coverage in recent times, the national HRP’s reach could be extensive.

Prior to the health care reform bill, 35 states offered their own HRPs. The plans’ average individual premiums were $485 monthly, according to a Government Accountability Office report issued in June 2009.

HHS gave all states the option of administering the national HRP themselves, in some cases alongside their own HRPs. The applications HHS began receiving July 1 are coming from enrollees in states that had not arranged to administer the national pool. A total 31 states, plus the District of Columbia, will administer the Pre-Existing Condition Insurance Plan. They include 22 states with their own existing state HRPs and nine without.

The national HRP stands to be a big benefit to high-risk residents of states like California, where new enrollments in the state HRP have been essentially cut off since a waiting list, in California’s case now at more than 1,000 people, was introduced in 2006. A comparable pool in Illinois also has a fairly long waiting list. Florida’s HRP has been cut off to new applicants for years.

As California began discussing its decision to administer the national HRP alongside its own HRP in June, the Sacramento Bee newspaper noted estimates that the national HRP would have a 37 percent lower enrollee cost. That spread “makes the reform real,” Health Access California head Anthony Wright told the paper.

Such health care savings would be great news for thousands of truckers who could benefit.

“I’m up to $450 a month,” says east Tennessee resident Michele White, an owner-operator leased to Crete Carrier, of her health insurance premium for the company’s group plan. White’s pre-existing conditions include five different cancers, which began with Hodgkin’s Disease in the late 1970s, and a replacement aortic valve in her heart. “Early detection can save your life,” she says, “and I’m walking proof.”

White says she empathizes with haulers who have similar histories. “One major illness and you’re bankrupt if you don’t have insurance,” she says.

She’s also quick to point out the first thing she looks at in an insurance plan isn’t premium cost but the coverage amount.

“I’ve got a $2 million cap,” she says of her plan through Crete. “A lot of policies have fairly high deductibles, and the caps are low.”

Last year’s GAO report noted the average policy among state HRPs carried an annual deductible of $1,593. That’s almost three times higher than the average employer-sponsored-plan deductible, though it’s lower than White’s $2,750 deductible, which she meets every year, she says.

The vast majority of state HRPs, noted GAO, came with lifetime benefits limits averaging $1.6 million. While limitations such as these are characteristic of somewhat less-expansive plans in the employer-sponsored market, they might well be considered typical of plans for high-risk individuals with turbulent medical histories.

“As soon as they heard that, they basically hung up.”

White feels fortunate to have the ability to buy into her carrier’s plan as a leased owner-operator. Some carriers don’t allow that due to the increased government scrutiny of independent contractor relationships among businesses. At Boyer’s former carrier, for instance, buying into the company health plan wasn’t an option, he says, so he and his wife were forced to shop for individual policies.

“I was an owner-operator for under a year – I just recently gave it up,” he said in June. “We had to do something. We went without insurance for us or the kids for a year.” Adding insult to injury, Mandy had to quit her part-time sales job with Sears to get the family income below the threshold to qualify for Indiana’s Medicaid program.

Soon, the Boyers will have insurance for themselves, when the three-month waiting period at Gary’s new carrier, Covenant Transport, is over. Boyer says Mandy “is pretty happy that I’m a company driver again.”

How to get high-risk coverage

Have you been denied health coverage because of an existing or past medical condition?

To get coverage, first see if you live in one of 31 states (plus the District of Columbia) that are administering the new national high-risk pool (HRP) under the Pre-Existing Condition Insurance Plan name. A full list, including contact information, of most relevant state departments is available at naschip.org. Click link under “Member States.” Otherwise, look up your state’s health services department for info or utilize the healthcare.gov site to steer you toward the right contact.

1. Call for application information. Some states have waiting lists for their state HRPs, but the new national HRP should be open to new applicants.

2. Be sure to request information on both national and state HRPs, such as they exist. The national pool may represent a more affordable option than your state’s original pool, as long you meet its requirements.

1. Visit the U.S. Department of Health and Human Services website for the Pre-Existing Condition Insurance Plan, healthcare.gov, for information on joining the national pool.

2. Be prepared to provide proof of the following to obtain coverage in the national HRP:

• That you have been without creditable health insurance coverage for the last six months.

• That you are a citizen or legal resident of the United States.

• That you have been denied health insurance due to a pre-existing condition or something else in your medical history.

ANNUAL SPENDING CAPS: For those enrolled in the national high-risk pool, out-of-pocket spending limits for 2010 are $5,950 for individuals, $11,900 for families. Compare these figures to the average yearly premium costs alone ($5,820) for enrollees in existing state high-risk pools. If your state has its own HRP and you qualify for both it and the national pool, compare key features, such as monthly premium, level of coverage, deductibles and provider network. 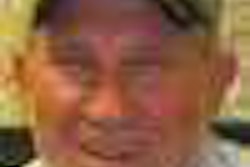 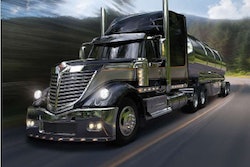 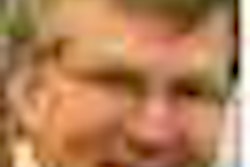