We had just sent our February issue to the printer when the feds announced they were finally asking for all interstate carriers to use electronic onboard recorders. With that, the Federal Motor Carrier Safety Administration leap-frogged my February column, which noted the complexity of the hours of service proposal might tacitly accelerate a comprehensive mandate for EOBRs.

In reality, there have been other signposts along the way. For example, last April FMCSA issued a final rule requiring carriers that have a history of serious log violations to install EOBRs. That rule takes effect in June 2012.

Overdrive’s reporting has shown EOBRs aren’t as bad as many truckers feared. Among the benefits:

• Less pressure to be sure you’re compliant with hours – no small thing, considering how complicated the proposed hours revision is.

• Far less chance an unscrupulous dispatcher could coerce you to drive beyond legal hours.

There is also a potential benefit that has gotten less publicity. That’s the impact on driver pay because of how the mandate would affect capacity – the supply of trucks and drivers to meet freight demand.

​Large carriers are the most vocal supporters of EOBRs for some of the same reasons listed above, and others. Supporters know some carriers – often smaller ones – that encourage or tolerate fudging on logs gain a slight edge in productivity. Because their trucks and drivers are doing more than their fair share to get the job done, the carriers can keep capacity artificially low.

It’s impossible to measure log cheating. But considering that fatigue is the most frequently violated of the enforcement categories under the Compliance, Safety Accountability program, it’s clear that hours non-compliance is more than an obscure rarity, says Don Osterberg, senior vice president of safety and security at Schneider National.

​“For those who haven’t been running legal, it would represent a utilization impact,” he says. “To offset that, additional capacity would be required.” That means more demand for labor, and therefore higher pay.

Osterberg believes that for the industry overall, the broad efficiencies of electronic logging will counter any negative hit to productivity. That loss, for example, “can be more than offset by giving dispatchers near-real time visibility of driver hours of availability to run, so you can dispatch drivers better.”

Whatever the final result on pay from EOBRs, the increased accuracy in logging and more realistic investments in capacity point in the right direction. That is to say the service you perform is worth a lot, possibly more than you were being paid under paper logs. 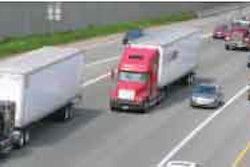 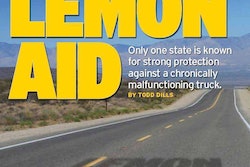 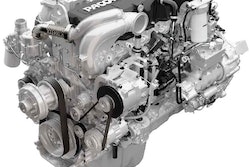