A new Federal Highway Administration bridge oversight program will enable the agency to more closely monitor how states are performing their bridge inspections and maintenance.

The new approach allows FHWA to more clearly and easily identify bridge issues in each state. Previously, FHWA prepared a written assessment of a particular state’s bridge inspection program based on the outcome of a general review of key inspection areas.

Under the new system, FHWA will replace the narrative with a grid of 23 specific inspection program areas to identify potential safety challenges more easily, the agency said. Inspection areas include bridge load limits, loss of sediment from the foundation due to erosion and inspection frequency by individual states.  Because the new system is based on more objective data, it provides for more consistency in the bridge inspection program nationwide and more targeted approaches to identifying problem areas in specific states, the agency said.

In addition, during the last year, FHWA performed supplementary error checks on data submitted by states, conducted workshops and created working groups with states, industry and academia to promote and share best practices in bridge inspection and preservation, the agency said.

President’s Obama’s proposed fiscal 2012 budget calls for $70.5 billion to maintain and build roads and bridges, including $320 million for bridge inspections. The proposal would reduce the backlog of bridge rehabilitation projects first identified in 2006 by 50 percent by 2017. Since 1994, the percentage of bridges in the worst condition has declined from 19.4 percent to 12 percent. 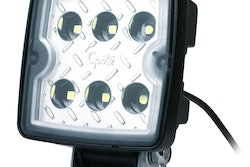