“I can’t emphasize enough that under CSA, we are not rating individual drivers,” said Bryan Price, FMCSA senior transportation specialist, during the webinar presented by Randall-Reilly magazines Truckers News and Overdrive.

Price said the agency is employing driver safety performance as an internal tool used by FMCSA investigators in deciding which drivers to examine in assessing carrier compliance ratings. The driver safety measurement information isn’t available to roadside inspectors or to carriers. He acknowledged that private companies are using driver information to produce CSA scorecards that aren’t “endorsed or created by FMCSA.”

Price said another new program, the Pre-Employment Screening Program, was developed by FMCSA at about the same time as the driver Safety Measurement System. PSP isn’t part of CSA but was lobbied for by carriers and mandated by Congress to provide an avenue for prospective employers to a driver’s inspection and crash records. Under PSP, drivers aren’t rated or scored and must sign authorization to release the information to a carrier to review.

Price encouraged drivers to learn all safety rules and regulations and reminded that fewer safety violations will benefit them and their carrier’s safety profile. He recommended drivers know the BASICs (Behavior Analysis Safety Improvement Categories) to improve their employability and carrier safety rating.

Savage also said that tickets and warnings drivers receive while operating their personal vehicles don’t impact their carrier’s or their own Safety Measurement System (SMS) ranking. Only violations documented on roadside inspection reports will be used in the driver’s SMS and count toward the carrier’s SMS record, he said. “This entire program is dependent on our roadside inspection data,” he said.

Savage said that not all encounters with inspectors at a weigh station are considered inspections. It will depend on the state jurisdiction doing the driver logbook and vehicle review. “There are two types of actions that occur in the roadside,” he said. “One is a screen where the inspector is taking a look at the vehicle to see if an inspection is warranted. An inspection is a documented investigation to determine if the truck and the driver are in compliance. A screen doesn’t constitute an inspection.” 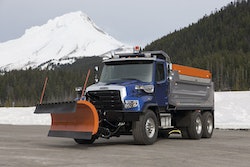 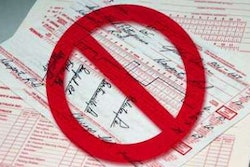