The announcement capped a press briefing in which Jackson noted that Peterbilt capital investments of more than $30 million are paying off just as the trucking industry is entering a modest – yet sustained – economic recovery. He said MX engines with SCR emissions technology, aerodynamic truck designs such as the Model 587 and its natural gas-powered vehicle lineup all represent the largest product investment in Peterbilt history, Jackson said. “As a result, Peterbilt is uniquely positioned at a time when fleets are actively replacing worn out equipment, newer aerodynamic used trucks are beginning to fill used truck lots and the national freight index has shown steady gains over the past two years,” he said.

Jackson said the decision to offer front-axle air disc brakes as standard on Peterbilt Class 8 trucks is in preparation for enhanced federal stopping distance standards that begin in August and will mandate a 30 percent increase in braking efficiency for 6×4 Class 8 trucks. “Air disc brakes offer the shortest stopping distances in the market today and provide a compact design, minimizing weight, reducing maintenance and improving both vehicle and operator efficiency,” Jackson said. 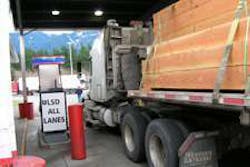 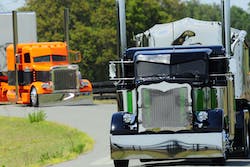 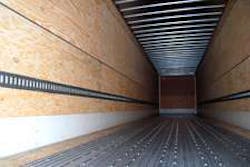 Trailer orders up in February