The number and rate of traffic fatalities in 2010 fell to the lowest levels since 1949, despite a significant increase in the number of miles driven, the U.S. Department of Transportation reported April 1.

According to the National Highway Traffic Safety Administration’s early projections, the number of traffic fatalities fell 3 percent from 33,808 in 2009 to 32,788 last year. Since 2005, fatalities have dropped 25 percent.

NHTSA projects the fatality rate will be the lowest recorded since 1949, with 1.09 fatalities per 100 million vehicle miles traveled, down from the 1.13 fatality rate for 2009. An estimated 21 billion miles were traveled last year.

A regional breakdown showed the greatest drop in fatalities occurred in the Pacific Northwest states of Washington, Oregon, Idaho, Montana and Alaska, down 12 percent. 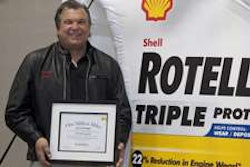