Truckers would have welcomed Minnesota officials reworking the Christmas carol “The Twelve Days of Christmas” to reopen a dozen rest areas.

But Minnesota’s more than 62 public rest areas remain barricaded as state officials near the two-week mark of their shutdown of all but crucial government services that began July 1.

John Hausladen, president of the Minnesota Trucking Association, said Chief Judge Kathleen Gearin of the Ramsey County District Court denied the MTA’s petition late July 11. The MTA had requested that she order reopening of the state’s rest areas and its Driver and Vehicle Service credentialing services.

Gearin based her ruling of the recommendation of Special Master Kathleen Blatz, who stated these requested services are non-critical government functions. The Ramsey County judge appointed the former state Supreme Court chief justice to evaluate which services should be continued in the absence of a budget agreement.

Minnesota officials have not indicated when they hope to have the issue resolved. Until then, truckers will find state public rest areas closed and be unable to get Minnesota CDLs, hazardous waste endorsements, apportioned license plates and motor vehicle records, Hausladen said.

Truckers should work with their dispatchers on routing and ask shippers and receivers to accommodate the situation, he advised. They also should contact the governor’s office or their legislator and tell them how the shutdown is affecting their business.

Lt. Eric Roeske, the state patrol’s public information officer, and Doug Neville, communication director for Minnesota’s public safety department, said they had not received information or heard anecdotes on how truckers have been affected or have suggestions for coping with the shutdown.

No modification has been made to the patrol’s enforcement toward truckers, Roeske said.

The Federal Motor Carrier Safety Administration has not commented on the issue.

Minnesota’s Worthington Travel Plaza, located on U.S. 90, reported an upswing in truck parking, but Stockman’s Truck Stop in South St. Paul, on I-494, was among truck stops reporting business and truck parking had remained steady since June.

Although South Dakota and North Dakota border Minnesota to the east, state DOT public information officers said they had not heard of an upswing in trucks parking at their rest areas. 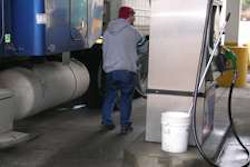 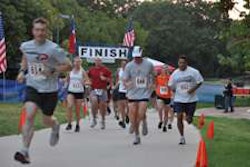 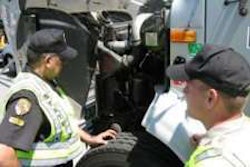 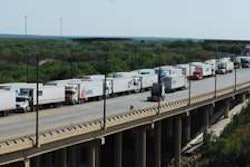