Over the next 12 months, owner-operator pay will rise 4 to 6 cents a mile and company driver pay 3 to 5 cents a mile as carriers compete for a diminished supply of quality candidates, predicted pay specialist Gordon Klemp Aug. 15 at an online seminar.

The lower end of those ranges will occur even if the national economy continues in the doldrums, while the higher numbers will be achieved if manufacturing improves, says Klemp, president of National Transportation Institute.

The webinar was produced by Overdrive and Truckers News magazines and sponsored by Freightliner Trucks. An archived version can be downloaded free here.

Klemp said sign-on bonuses, which have re-emerged in the past couple years, will continue. He also forecast increased use of productivity pay programs.

Based on a second-quarter survey of 350 carriers, Klemp offered the following observations:

Factors such as the underground economy, part-time jobs and regulatory hurdles such as Compliance Safety Accountability and potential hours of service changes are reducing the pool of qualified drivers. Klemp says he’s found innovative pay programs emerge in the last six to nine months and all revolve around five key components: regionalization, equipment utilization, fuel, customer service and safety. “We’ve seen a number of programs that carriers think are working really well,” he says. “All of those put money in the carriers’ pockets so they’ve got dollars to spend on the driver side.”

Klemp says one carrier he monitors offered no regional pay differences in 1995. Today that carrier offers 17 different regional pay packages for owner-operators based on type of hauling and road time and seven packages for drivers.

Higher compensation also accrues to drivers willing to forego home time and stay on the road longer in time increments that range from six days up to 45 days and longer.

In response to a question, Klemp says more carriers are offering percentage-of-revenue packages, and many companies are allowing contractors to switch between per-mile and percentage.

In surveying hauling types, Klemp says dry van driver pay has risen to 36.3 cents a mile in the second quarter for three years’ experience from 31.9 cents in 2000. Owner-operators compensation ranges from 94 cents to $1.02 a mile, while gross revenue exceeds $153,000.

For refrigerated, driver pay has advanced to 34.6 cents a mile from 30.4 cents in 2000. Owner-operator gross revenue is also above $159,000, although slightly less than flatbed operators. 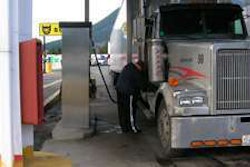 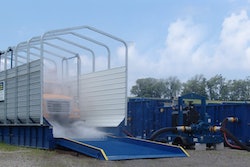 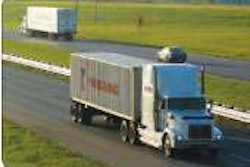 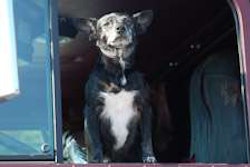